The Pink Empire. For this exhibition, the artist has constructed an impressive cube-like structure standing in the centre of the main space. Measuring two and a half meters square and painted pink, the show contains a mirrored wall, a three-dimensional painting, and three brightly painted figurative sculptures. Video cameras peer inside the box; enabling the viewer to experience the otherwise hidden interior through four outward facing projections onto the surrounding gallery walls. 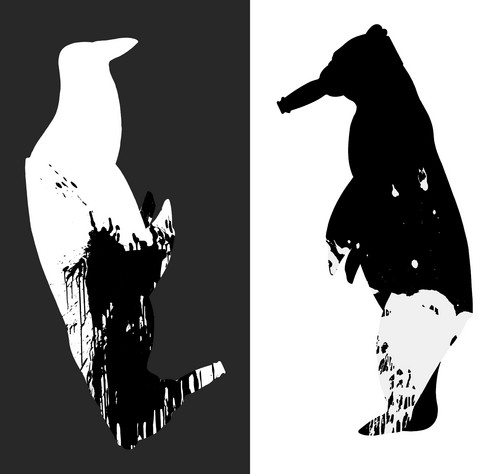 â€œIt is my idea to push painting, not just in size, but to see how far it could be extended or pushed. I donâ€™t feel my work to be a criticism of painting but an optimistic view of what it could beâ€œ - Richard Jackson

Hauser & Wirth London is pleased to present West Coast artist Richard Jackson in his first major solo exhibition in the UK. Born in 1939, Jackson emerged alongside the minimal and conceptual artists of the 1970s with whom he became associated, yet remained distant in terms of approach. Influenced by abstract expressionism and action painting, Jackson has consistently sought to extend the ideas associated with action and painting. His creative process continues to fuse architectural and sculptural concerns in order to explore the limits of painterly practice.

For this exhibition, Jackson has constructed an impressive cube-like structure standing in the centre of the main space. Measuring two and a half meters square and painted pink, The Pink Empire contains a mirrored wall, a three-dimensional painting, and three brightly painted figurative sculptures. Video cameras peer inside the box; enabling the viewer to experience the otherwise hidden interior through four outward facing projections onto the surrounding gallery walls. These video projections lend an illusionist quality to the overall installation that underlines Jacksonâ€™s interpretation of an expanded painterly practice. Above the box stands an additional figure, best viewed from the galleryâ€™s mezzanine level. With this site-specific installation, Jackson continues to challenge the convention of painting, interacting with the gallery space to subvert our understanding of the medium.

In the basement Vault Room, Jackson has built a cage of hollow steel bars containing two sculptural figures; a woman painted black and a white bear, both locked in a perpetual embrace. In Confusion in the Vault Room the female figure vomits black paint over the white bear. In turn, the bear drips white paint from its nose that has been sculpted in the form of a beer-bottle. The vestige of painterly activity is recorded everywhere; the figures and floor splattered in paint, leaving the impression of a performance that has just taken place. The Vault Room itself is turned into a cell-like structure with black reflective tape appearing as bars on the surrounding walls, to create a cage within a cage. In this instance, the use of bears and beer bottles also serves as an autobiographical reference relating to Jacksonâ€™s encounters with hunting and blood sports.

Throughout his career, Richard Jackson has produced site-specific installations that relay a preoccupation with process. In his early works from the 70â€™s he experiments with the painted surface, using painted canvases as tools to create spherical frescoes in bright, dripping colours. In the 80â€™s he explored the sculptural potential of painting by stacking hundreds of painted canvases on top of each other in various ways. Since the 90â€™s Jackson has designed painting machines out of lawnmowers, cars, motorcycles, airplanes and fibreglass animals and figures that shoot, spray, drip, pour and splatter paint over the surrounding space. Jackson's concerns are not so much about the final product but the conceptual and mechanical efforts entailed in pushing painting out of its frame. Jackson's environmental installations reiterate his approach toward the process of making art and the physical setting in which a finished work is exhibited.

Richard Jackson has been internationally recognised since Helter Skelter (1992) at the Los Angeles Museum of Contemporary Art. His work has also been included in the 48th Venice Biennale (1999) and the fourth Lyon Biennale of Contemporary Art (1997), as well as Iconoclash (2002) at ZKM, Karlsruhe. He has exhibited at Hauser & Wirth Zurich (2003) and his work was most recently included in Dionysiac (2005) at the Centre Pompidou in Paris.

For further information and visuals, please contact Farah Rahim Ismail at Hauser & Wirth
on +44 20 7287 2300 or email: farah@hauserwirth.com
Or Rhiannon Pickles at Idea Generation on +44 20 7428 4949 or email: rhiannon@ideageneration.co.uk