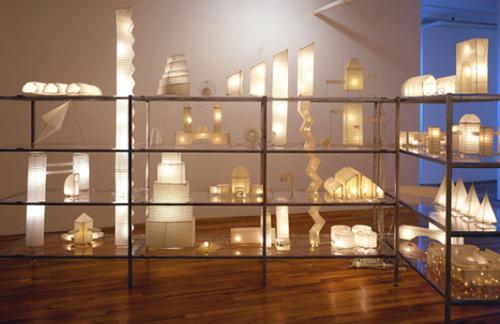 inSite is a network of contemporary art programs and commissioned projects that maps the channels of permeability and obstruction that characterize the liminal border zone of San Diego-Tijuana.

Farsites: Urban Crisis and Domestic Symptoms in Recent Contemporary Art is a two-city, two-museum exhibition that takes place simultaneously at the San Diego Museum of Art and the Centro Cultural Tijuana from August 27 through November 13, 2005.

Curated by Adriano Pedrosa as one of the four components of inSite_05 â€” Interventions, Scenarios, Conversations, and the Museum Exhibition â€” Farsites is conceived as a visual and discursive point of reference for the network of comissioned contemporary art projects sited in the liminal border zone of San Diego-Tijuana.

Taking the contemporary urban site as its central subject, Farsites focuses on those moments where the urban grid and its efficient systems fail or fall short, and on the specific instances of urban experience that are relevant as an emblem or symptom of that condition. Many of the artworks document and record urban crisisâ€”fissures in the imagined polished facades of cities. Other works articulate a creative response to adverse situations, and, in a provisional ad hoc way, find informal solutions to the larger problems of uneven urban development, while others suggest domestic symptoms as a change or shift in physical or mental, concrete or contextual, bodily or psychological states that manifest the precarious nature of cities. The evidences of crisis in modern cities are expressed through a range of media including painting, sculpture, photography, video, and installation by fifty-three artists and artist groups from the Americas as well as Europe and Africa.

Five documentary projects, each organized by one of the adjunct curators, are interspersed amidst the wide array of artwork. Each displays a social response to a site of crisis where the physical aspects of the city and social needs of citizens collide, revealing the interdependency between official urban planning and the residentsâ€™ informal use of space. Two projects are on view at the Centro Cultural Tijuanaâ€”the changing face of Avenida Libertador, a major urban boulevard in Caracas; and a comparison of the New York City Blackouts of 1965, 1977, and 2003. Three projects are on view at the San Diego Museum of Artâ€”a video about the Palermo Viejo Assembly, a popular peopleâ€™s organization in Buenos Aires; architect Mario Paniâ€™s Nonoalco Tlatelolco Housing Project in Mexico City (1962-1964) and the historical significance of the site since pre-Hispanic times; and the challenges and mishaps of the infrastructure of roadways, tunnels, bridges, and viaducts in Sao Paulo.

Farsites is made possible by a lead grant from Fundacion Televisa and the generous support of Fundacion Jumex, the San Diego Foundation, the San Diego Union-Tribune, the Jacques and Natasha Gelman Trust and Consejo Nacional para la Cultura y las Artes.

Farsites will open August 27 through November 13, 2005, as part of inSite_05â€™s public programming.