An exhibition on cosmology, time, and our most prominent celestial body 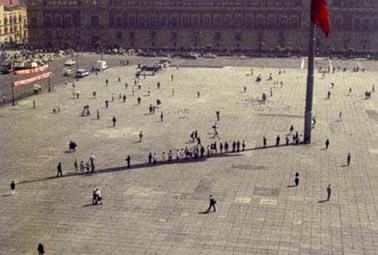 "Here Comes the Sun" is an exhibition on cosmology, time, and our most prominent celestial body. The exhibition will occupy all of Magasin 3 Stockholm Konsthall with a wide array of works. Among these is Rivane Neuenschwanderâ€™s installation visualizing the passage of time with the help of water drops; Olafur Eliassonâ€™s model of a house based on how the sunâ€™s rays fall on the Swedish capital, which is a component in his installation "Stockholm Solar Lab"; Tobias Rehbergerâ€™s "7 ends of the world", featuring 222 hand-blown glass lamps that correspond in real time to the light in various parts of the world; a film by Tacita Dean central to her work in which she tracks a solar eclipse, following the course of events before, during, and after; and a living eco-system in a fish pond by Avital Geva, whose concern is with nature and time.

"This is a unique opportunity to see a prominent group exhibition comprising some of the most fascinating artists of our time. And that the exhibition has been put together by such a colorful and strong group of curators adds to the excitement," says Magasin 3 director David Neuman.

Daniel Birnbaum, Rosa Martinez, Jerome Sans, and Sarit Shapira, four of the worldâ€™s most prominent curators, have developed "Here Comes the Sun" together as their first exhibition for Magasin 3, where they have been associate curators since June 2004.

A generously illustrated catalogue in two parts co-written by the curators will be published to accompany the exhibition.