The exhibition presents works by some of the most celebrated Latin-American artists working today, including Guillermo Kuitca, Doris Salcedo, Los Carpinteros, Vik Muniz, a performance piece by Tania Bruguera and a number of off-site public works. The work of emerging artists, such as Maria Fernanda Cardoso, Nicola Costantino and Dario Escobar. The curator, Sebastian Lopez, has taken the concept of time as a revealing perspective from which to explore and present the works. 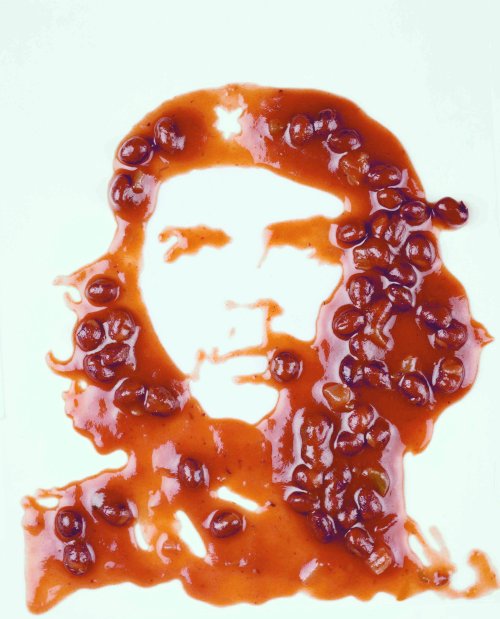 A major exhibition of contemporary Latin-American art opens to the public at the Irish Museum of Modern Art on Wednesday 5 October 2005.

This is the largest exhibition of Latin-American art ever staged in Ireland. The exhibition is organised by Daros-Latinamerica, ZÃ¼rich, in co-operation with the Irish Museum of Modern Art, and is curated by SebastiÃ¡n LÃ³pez, former Director of Gate Foundation, Amsterdam, and Curator of the Shanghai Biennale 2004.

In addition to the works in the galleries, the exhibition will also include a number of off-site public works - in IMMAâ€™s grounds and in a number of locations in Temple Bar - and a performance piece by Tania Bruguera (Cuba).

A number of works in the exhibition have already been shown at Documenta 11, the 2005 Venice Biennale, the Museum of Contemporary Art, Barcelona, the Shanghai Art Museum and in other prestigious venues worldwide.

As the title suggests, in curating the exhibition SebastiÃ¡n LÃ³pez has taken the concept of time as a revealing perspective from which to explore and present the works. This, in his words, â€œreveals some of their most significant traits and permits us to isolate them within a historical moment in the production of Latin American art.

Many of the works reflect the social and political circumstances of particular countries or regions. Other deal with the past and the way it still plays a role in the presentâ€. LÃ³pez takes his inspiration for this approach from the works of the great Argentinean writer Jorge Luis Borges, in whose work time plays a central role, enabling him to inhabit various real and imagined worlds at the same time.

LÃ³pez sees a world of affinities between Borgesâ€™ universe and the artists in The Hours. His aim is to â€œenable us to traverse different levels, spaces and times of varying intensity, with the mornings, siestas, afternoons and evenings that we find in the production of contemporary Latin American artistsâ€.

In November the 6th, 2001, Doris Salcedo uses one of the most important dates in recent Colombian history, on which guerrillas overran the palace of justice killing 115 people, not only to anchor her work in a particular time frame, but also to indicate the wounds which these events left on her country.

In An Eight Day Diary Guillermo Kuitca is engaged in a retracing of time through a series of drawings, created since 1981, populated by subjects and images, which have recurred throughout his career.

Vik Muniz, familiar to IMMA visitors from his very popular exhibition in 2004, uses images from publications on modern art and the history of photography, but transforms them to make them relevant to the present. His Che (Black Pepper Soup), 2000, based on Alberto Kordaâ€™s famous photograph, is a witty take on modern-day Cuba and on the status of Che Guevaraâ€™s image in contemporary society.

The work of the Brazilian artist Ernesto Neto and Santiago Sierra, born in Spain and now living in Mexico, have also already been shown at IMMA. Placed in the contexts of their peers in this exhibition, their work shows the rich connections one can find in contemporary Latin America art.

In addition to the works in the galleries, The Hours will also include a number of off-site projects. Chilean/US artist Alfredo Jaarâ€™s video A Logo for America ,is being shown in Meeting House Square, Temple Bar.
Challenging the near universal USA-centred perception of â€œAmericaâ€, at the expense of the southern continent, the work made a major impact when originally seen in Time Square, New York.

A much-acclaimed sound installation, by the Colombian/UK artist Oswaldo Macia, will be located in the colonnades at IMMA. Entitled Vespers, it traces its origins to the role of the female chorus in Greek tragedy and was created using 55 different testimonies of women recorded in seven languages, set in a hauntingly beautiful choral arrangement similar to those found in Greek Orthodox liturgical music.

Another off-site work by the Cuban artist Wilfriedo Prieto will take the form of a series of flags along the Liffey. Nicola Costantinoâ€™s striking works on gender and objects will be displayed along the corridor beside the Museumâ€™s bookshop and cafÃ©.

The exhibition also has a Reading Room with relevant literature on the artists in the show.

Since the beginning of 2000, Daros-Latinamerica has been devoted to building up a collection of contemporary art from Latin America. Today the collection contains the work of more than 70 artists from almost every country in Latin America. All genres and media are represented, in work created largely over the last 20 years and complemented with a few selected earlier works.

Panel Discussion: Wednesday 5 October at 3.00 pm in the Chapel at IMMA

SebastiÃ¡n LÃ³pez, curator of the exhibition, will chair a discussion with a number of artists represented in the exhibition. Admission is free, but booking is essential.

To book please telephone the automatic booking line on Tel: +353 1 612 9948 or Email: talksandlectures@imma.ie

A substantial full-colour publication with a foreword by Enrique Juncosa, Director, IMMA, and Hans-Michael Herzog, Director of the Daros-Latinamerica collection with essays by SebastiÃ¡n LÃ³pez and Eugenio ValdÃ©s Figueroa, curator and critic, accompanies the exhibition.

The catalogue comes with an art historical description of the works in the exhibition authored by Herzog, LÃ³pez and ValdÃ©s Figueroa.