New paintings. Convinced that every pictorial endeavour, be it classical or contemporary, contains a root of abstraction, the artist is inspired by the great masters of the past like Titian and by the more recent such as Mark Rothko. 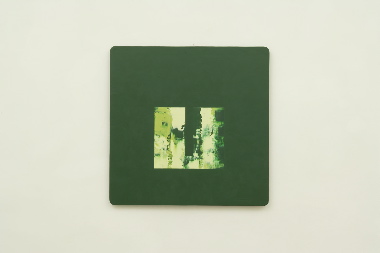 Milan-based artist Roberto Rizzo began painting and exhibiting very early on in his career during the mid 1980s. From the start, the language of painting was the natural backdrop to his artistic research and not the half-hearted choice of an expressive medium adopted by many. His painting is not abstract by stylistic choice rather by simple and pragmatic choice of linguistic synthesis. Convinced that every pictorial endeavour, be it classical or contemporary, contains a root of abstraction, Rizzo is inspired by the great masters of the past like Titian and by the more recent such as Mark Rothko.

On the one hand, painting's particular characteristics cannot be substituted by any other artistic means for Rizzo. On the other hand, he confronts conceptually the various contemporary artistic developments, including the most technological. In his paintings the final image is the result of processes of pictorial elaboration and analytical reflection, which are at times in conflict. For equilibrium to be attained, more must be offered than mere harmony between the painted form and the surrounding space, a dialectical tension between them is vital in order to avoid a predictable and reassuring result. There is a conscious choice to adopt the traditional format of a painting, whether the relations that exist between it and the surroundings in which it finds itself, or internal regulations determine its autonomy. The form at the core of the surface is the result of painterly gestures carried out with a spatula. The background is instead painted with a brush in a calmer and more methodical manner. The painting's rounded angles share the same function as a frame; that of mediating between the inner and outer space as positioned on the wall. The colours used are the result of his personal research into 16th and 17th century Italian and Flemish painting. Rizzo's paintings express the emotive and visual perception of the contemporary whilst using simple instruments and traditions of painting.

A catalogue accompanies this exhibition with essays by Barry Schwabsky and Angela Madesani.