One building, 80 artists, three daysâ€¦ Over 80 artist-members in the EFAStudio Center will open their workspaces to the public: exciting and diverse work including painting, sculpture, printmaking, works on paper, photography, installation, video and new media. 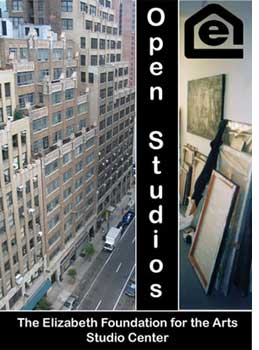 For more information about the Fashion District Arts Festival go to http://www.fashioncenter.com/arts

The EFA Studio Center is a pioneering visual arts program founded in 1998. The Center provides artists the rare opportunity to work within a professional arts community in Manhattan and in close proximity to the city's primary gallery districts. Members of the studio program include emerging, mid-career and established professionals who have exhibited widely in New York, the United States and abroad.

The EFA Studio Center, housed in a twelve-story building in midtown Manhattan, offers 82,000 square feet dedicated to 110 workspaces for visual artists. In addition to affordable studios, the Center provides short-term display space for artists from other locations, an exhibition venue and headquarters for The Elizabeth Foundation for the Arts and its other operating programs. The Elizabeth Foundation for the Arts believes in the essential importance of art in a civil society. The value of the artist's creative spirit is not limited by age, race, nationality or acceptance by others.