Under the title of Tecura, this exhibition is a major retrospective which eveals the most significant moments of Zushâ€™s work from a selection of key pieces. It brings together over two hundred works by Zush, including the first drawings and books from the mid sixties, the outstanding paintings, sculptures and sound works of his career, and the recent works, such as the speaking bronze bells that open the show. 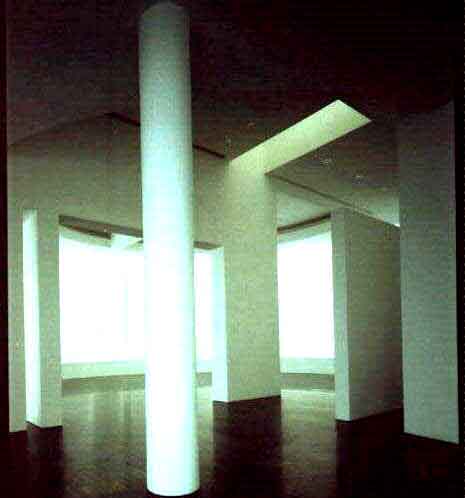 Under the title of Tecura, this exhibition is a major retrospective which reveals the most significant moments of Zushâ€™s work from a selection of key pieces. It brings together over two hundred works by Zush, including the first drawings and books from the mid sixties, the outstanding paintings, sculptures and sound works of his career, and the recent works, such as the speaking bronze bells that open the show.

The exhibition provides an opportunity to experience some aspects of the artistâ€™s creative process at first hand thanks to a workshop-laboratory of ideas at the visitorsâ€™ disposal and the presence of the artist, who will invite the spectators to create their own digital works, and will be living and working at the Museum. He will be using various dwellings: three architectural projects carried out in Valencia, SÃ¨te and Madrid, two of them - Head House (1993) and Plasma House (2000) - developed in collaboration with the architect Enric Ruiz Geli. The amosphere is completed with a "mind aroma" and the sounds created by VÃ­ctor Nubla. By living in the exhibition, Zush questions the conventional logic established by museums in the 20th century, using the public space as a private studio and altering the relation between art, artist and spectator with his presence.

The central feature of Zushâ€™s work is the construction of a personal mythology of an autobiographical nature. His cartography feeds on an accumulation of images that refer to notions of body and the creation of a writing, a personal code, asura, that aims to express everything that is not subject to a rational explanation. Those elements organise a host of parallel universes which maintain a delicate balance between the apparently chaotic and monstrous and rational composition. His determination to debunk the figure of the artist and the breadth of his interests have led him to use such a wide range of media that he is difficult to catalogue. From painting, drawing and graphic works to assemblages, photography or collage, books or sound recording, reusing everything digitally and habitually working with creators from different disciplines such as programmers, architects, writers or musicians.

In 1968 Zush took the place of Albert Porta (Barcelona, 1946) after a series of events while he was interned in a psychiatric home in Barcelona. He was sent there - Zush speaks of aesthetic repression- accused of inability to adapt to his environment. The result of that radical experience was the birth of a new personality, that of Zush,a name given him by another inmate of the centre, through which he managed to channel the chaos and contradictions, the duality of forces, which up till then he had represented symbolically in the characters of his work, Boso and Solomo. Moreover, with Zush an imaginary state, Evrugo Mental State, was born. It was conceived as an autarchic territory with clear aspirations to universality.

With First book enemy myself (1968), Zush embarked on the creation of his books, which by now total about one hundred. They are result of radical introspection and he uses them as a mobile study, a research centre where many of his works or autobiographical diary emerge. The exhibition includes a room with thirty or so original books from 1968 to 1998, and all kinds of chattels related to Evrugo.

An experimental workshop in another room provides the public with a meeting place and the opportunity to create new works that can be included in the exhibition through the digital programme "Tecura". The use of digital resources in his work dates back to 1975, when he received a grant from MIT. The digital resources have brought a greater degree of diversity to his work and supplied him with the mix of languages, such as music, text and image. Their technical complexity obliges him to work in teams with multidisciplinary training, which leads to a shifting of the final responsibility for the work, traditionally linked to the artistâ€™s name, towards the work itself, the true protagonist of the process.

As a character who has accompanied the artist since 1968, Zush will disappear when the exhibition closes. This is, therefore, Zushâ€™s last exhibition, the end of an era.