Under the exhibition title 'Contemporary Voices: Fondation Beyeler hosts The UBS Art Collection', 70 exemplary works by 45 representatives of modern and contemporary art will provide an overview of tendencies in the development of art over the past 50 years. Large-format works are accompanied by more intimate, small-format pieces. Especially intriguing is the dialogue between American and European art, one of the exhibition's leitmotifs. In parallel a large retrospective of Wolfgang Laib titled 'The Ephemeral is Eternal'. 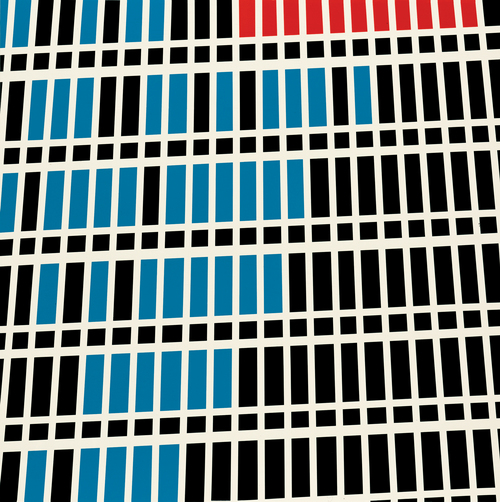 The UBS Art Collection is one of the most significant corporate collections of modern and contemporary art in the world. It comprises about 900 works - paintings, sculptures, photographs and drawings. Gathered over the course of thirty years, the works originate from the former PaineWebber Collection in the U.S. and UBS collections in Switzerland and Europe. In early 2005, sixty-four works from the UBS Art Collection were presented to a wider public for the first time, at the Museum of Modern Art (MoMA), New York. The collection is now coming to its second venue, the Fondation Beyeler, for its premiere showing in Europe.

Under the exhibition title Contemporary Voices: Fondation Beyeler hosts The UBS Art Collection, seventy exemplary works by forty-five representatives of modern and contemporary art will provide an overview of tendencies in the development of art over the past fifty years. In other words, the Fondation Beyeler, a museum of classical modernism, focuses this autumn on art that emerged in its wake. The diversity of the art currents of our times is seen as an opportunity. Our presentation of the seventy works from the UBS Art Collection will attempt, as it were, to cut a swath through the undergrowth of the tendencies in art over the past decades. From the incredibly polyphonic choir of modern and recent art, a few individual voices will be raised, voices that be heard both in the part of “soloists" and as blending into the fascinating choir of the art of today.

While the art of earlier centuries frequently served a definite function, such as religious devotion, this is no longer the case today. Still, every work on view in the exhibition has a certain purpose, for which it may not have been directly made but which provided the reason for its acquisition. Each work on view was collected not only as an outstanding example of a major artist's oeuvre but as a reflection of the open-mindedness and dynamic development of a worldwide corporation, whose premises it was intended to decorate, in the best, traditional sense of the word. As this implies, paintings are in the majority. One of the sculptural pieces, however, is a key work in the exhibition: Frank Stella's The Wheelbarrow (B#3, 2x), 1988, from the “Moby Dick" series, which plays in an intriguing way with the media of painting and drawing, color, form and space, two- and three-dimensionality.

Especially intriguing is the dialogue between American and European art, one of the exhibition's leitmotifs. A painting by Brice Marden based on intertwining lineatures of color and rhythm, Chinese Dancing, 1994-96, is juxtaposed with Confus (Confused), 1986, a large-format abstraction by Gerhard Richter. Paintings by classic Pop artists such as Roy Lichtenstein and Andy Warhol are confronted with works by European post-Pop artists like Damien Hirst and Neo Rauch. While in Anselm Kiefer's painting Ways of Worldly Wisdom: Arminius's Battle, 1978, the written word is linked with a German myth, a Christopher Wool painting consisting solely of script, Untitled, 1988, alludes to a modern American myth in its commemoration of Mohammed Ali's motto “Float like butterfly, sting like bee."

Awaiting discovery by European audiences are works by artists who, although certainly known here, have been seldom exhibited. These include paintings by the ever-fascinating Ed Ruscha, and also works by Robert Moskowitz, Susan Rothenberg, Lucian Freud, and Howard Hodgkin. Of equal interest are large-format photographic works, for instance by Thomas Struth and Andreas Gursky, whose megaphoto 99 Cent, 1999, represents not only a scathing commentary on consumer society but one of the finest photographic color studies of our age.

Publisher of the English-language catalogue is the Museum of Modern Art, New York (approx. CHF 66.00). A slightly modified new edition in German and French is planned for the exhibition at the Fondation Beyeler. It includes an introduction and numerous interviews of artists by Ann Temkin, and an interview by Glenn D. Lowry with Donald B. Marron. The volume comprises 224 pages with 108 full-color illustrations and is priced at approx. CHF 58.00.

In parallel with the Contemporary Voices show, an exhibition of the great magician of space, Wolfgang Laib, will be on view at the Fondation Beyeler.

Wolfgang Laib
The Ephemeral is Eternal

As the first museum in Switzerland, the Fondation Beyeler is devoting a large retrospective to one of the outstanding personalities in the art of the past thirty years, the German artist Wolfgang Laib (born 1950). Employing natural materials such as pollen, milk, rice and wax, Laib concentrates on a limited number of work groups and ramifies these in the form of cycles. These will be presented in the exhibition, giving a sense of how Laib's installations lend modern exhibition spaces an unfamiliar aspect. This effect cannot be separated from the artist's deep spirituality, in which Eastern and Western thinking enter a unity that is characteristic of his work.

The exhibition, conceived in close collaboration with Wolfgang Laib, provides an opportunity to become intensively involved with the work of this artist, who, as Harald Szeemann once said, “shows in minimal sculptural gestures enormous interior spaces."