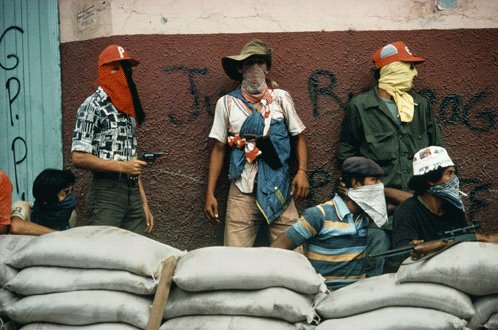 The "Crusading" project is a network involving a multi-faceted series of events and activities: Exhibitions, seminars, on-line discussions, workshops and publications. These are aimed at the historical crusades, at understanding how the Middle East and the borders of Europe became the place for struggles over power and control, and at contemporary conflicts and political culture across the globe, influenced or illuminated by the concept of the crusades.

"The Crusades" was the common name for a series of military actions, initiated and executed by European forces from many nations, aimed at establishing and expanding the hegemony of the West over the known world and the supremacy of Christianity as a system of power and rule.

The First Crusade was launched in 1095 by Pope Urban II with the goal of gaining control of Jerusalem and ousting the Muslims. In July 1099, Jerusalem was conquered, establishing the Kingdom of Jerusalem as the first Crusader state. The Crusades were an important ground on which the modern Europe was erected. As such, the imaginary and ideology of the historical crusades has followed us to the present.

From a contemporary perspective, the word "crusade" has both literal and metaphorical use. Outside of the real consequences of the historical crusades, traced to the present, or the way their ideology lives as an imaginary force in contemporary consciousness, the concept is also metaphorically employed by, for example, anyone who follows a passionate path for or against something - "crusading for children's rights", "crusading against evil". In such contemporary rhetoric we might claim that the cross, initially employed by the historical crusaders, is seen more as a banner.

In addition, the "Crusading" project is concerned with issues of mapping and representing, how we - including the deconstruction of we - deal with Others and to which extent the gaze of Others also outlines our own identity and establishes our belonging.

As a project, "Crusading" forges a network of international institutions and individuals, committed to explore and work with these topics.

Initiated by Swedish-Uruguayan writer and social anthropologist Ana Valdez and museum director Jan-Erik Lundstrom, the project is organized and administered by Bildmuseet, a museum of contemporary art and visual culture at Umea University, Umea, Sweden.

Susan Meiselas "Re-Framing History" presents the responses and reactions by Nicaraguans when in 2005 being confronted with Meiselas photographs - presented as billboards on the exact sites where they originally were photographed - of the Nicaraguan revolution in 1978 and 1979.

Cecilia Parsberg’s works maps the Palestinian refugee camp Jenin. She photographed its destruction in 2002, through the invasion of the Israeli army. Through several re-visits, she has followed its reconstruction up to the present. Her film "A Heart from Jenin" tells the story of the heart, donated from a young Palestinian boy, shot to death by Israeli soldiers, to a young Israeli girl, whose life it saves. The exhibition opens at Bildmuseet in February 2006. In September, 2006, it will be presented at Fotografins Hus, Stockholm.

In Susan Meiselas "Re-Framing History", she explores the responses by Nicaraguans when in 2005 being confronted with the photographs - presented as billboards on the sites where they were once taken - taken by Meiselas as she followed the Nicaraguan revolution in 1978 and 1979.

Cecilia Parsberg’s works maps the village of Jenin, its destruction in 2002, through the invasion of the Israeli army, its reconstruction as seen in 2005. The film "A Heart from Jenin" tells the story of donated heart from a young Palestinian boy, shot by Israeli soldiers, which saves the life of a young Israeli girl.

In September, 2006, it will be presented at Fotografins Hus, Stockholm.