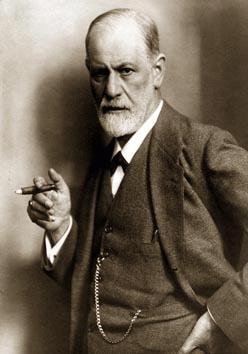 The Collection of the Sigmund Freud Museum Vienna


In 2006, the world is commemorating the 150th anniversary of Sigmund Freud, the father of psychoanalysis. From April 24, 2006, the Austrian Cultural Forum New York presents Freud and Contemporary Art: The Collection of the Sigmund Freud Museum Vienna, exhibiting this unique collection for the first time in the United States. The works assembled are extraordinary examples of how Freud’s thought found its way into the processes and contents of artistic creation. The exhibition is curated by Peter Pakesch, artistic director of the Joanneum in Graz, and Inge Scholz-Strasser, director of the Sigmund Freud Museum Vienna.


The Sigmund Freud Museum at Berggasse 19 in Vienna is a showcase of how a traditional memorial-type institution can become a platform for the numerous interconnections between science and art. Its transformation started in 1989, the 50th anniversary of Freud’s death and the centennial of Ludwig Wittgenstein’s birth, when American conceptual artist Joseph Kosuth was involved in an exhibition on Ludwig Wittgenstein at the Vienna Secession. As Kosuth’s work is also heavily influenced by Freud, the opportunity arose to shed light on the significance of Freud’s theories for the practice of art and present this correlation to the public in the place where the thoughts originated. Kosuth not only installed Zero & Not in Freud’s vacant private apartment but convinced other artists of major international reputation to each donate a work to the Sigmund Freud Museum Vienna. The example set by Kosuth was followed by John Baldessari, Pier Paolo Calzolari, Clegg & Guttmann, Jessica Diamond, Marc Goethals, Georg Herold, Jenny Holzer, Sherrie Levine, Ilya Kabakov, Haim Steinbach, Franz West, and Heimo Zobernig.

A special characteristic of the collection is that the works belong to the realm of conceptual art. The link between object, language, and representation in the arena of psychoanalytical theory is inherent in all of them, with Joseph Kosuth acting as the pioneer. West’s linguistic shifts and Herold’s overstated wit are telling examples of the various approaches that came together in this collection. Psychoanalytic thought has become an indispensable tool in the general practice of many artists, and as a consequence allows psychoanalytic theory to live on in the creative. Through its collection, the Museum demonstrates the vitality of psychoanalysis as a system and an intellectual model that has become an integral part of our consciousness and that through art acquires an additional level of action and interpretation.

An exhibition catalogue including artist statements, a foreword by Christoph Thun-Hohenstein, introductory texts by the curators Inge Scholz-Strasser and Peter Pakesch, and an essay by August Ruhs will be published in conjunction with the exhibition.

Freud and Contemporary Art: The Collection of the Sigmund Freud Museum Vienna is part of a series of programs organized or sponsored by the Austrian Cultural Forum New York to commemorate the 150th anniversary of Freud’s birthday.