Work 1964-2006. His large and diverse body of work defies and yet still lies within the conventions of traditional categorization. The artist addresses politics, history, and aesthetics by dissecting and magnifying contradictions and tautologies camouflaged within the pleats of consciousness and current ideologies. Friedl's work materializes in paintings, texts, photographs, video and film, sculpture, installations, and book projects. 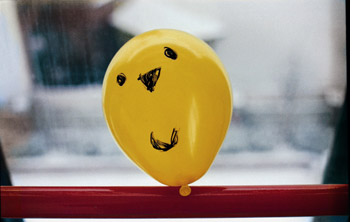 Peter Friedl’s large and diverse body of work defies and yet still lies within the conventions of traditional categorization. The artist, born in Austria in 1960, addresses politics, history, and aesthetics by dissecting and magnifying contradictions and tautologies camouflaged within the pleats of consciousness and current ideologies. Friedl eschews stylistic and material criteria; instead, his works follow strict, methodologically ordered rules. Conceived as a retrospective, the exhibition functions as a “medium," emphasizing the museum display as an instrument.

An acute and critical observer of our political and cultural environment, Friedl reacts to institutionalized and mediated visuality. By introducing narration and the fragility of appearance and disappearance, he creates instruments of perception and thought that insist on a complex, yet diffuse evolution of ideology and forms of artistic expression. Friedl’s work materializes in paintings, texts, photographs, video and film, sculpture, installations, and book projects. For the first time, the exhibition will present a large selection of his drawings on paper —including drawings from his childhood— in strictly chronological order from 1964 to the present.

The artist’s excursion into the area of design critique pushes his interventions to the periphery of the visual in a way that is both refined and perverse. Friedl investigates transfers and failures between supposedly adjacent systems, in which we can read the struggles and survival of both modernist architectural and political ideologies. As Friedl states: “Consciousness is not necessarily decisive to how something is received. It creates a liberated zone, and that is much more important. The decision not to allow the primacy of visibility or discourse to strike is a programmatic position."

Friedl emphasizes and contradicts the “genres" through which artistic production is received. He frequently “corrects" facts or suppositions regarding visual renderings of political content and its consequences. As aesthetic acts of political engagement and individual intervention, his works —like the video installation King Kong (2001) — aim to reinterpret collective symbols and to exorcise oppositions between high culture and popular culture in the context of post-colonial modernity. “Is Peter Friedl a modern artist?" asks Roger M. Buergel in the exhibition catalogue: “Yes, he is. But not because he belongs to modernity as a period in time, but because the destiny of modernity has become, for him, a formal artistic problem."

A catalogue book will be published featuring a large selection of the artist’s writings, along with essays by Mieke Bal, Roger M. Buergel, Norman M. Klein, and Bartomeu Mari', and a conversation with Jean-Pierre Rehm.

Exhibition dates: from May 17 to September 3, 2006 A co-production between MACBA, Museu d’Art Contemporani de Barcelona and the Neues Museum Weserburg Bremen (NMWB). Curated by Guy Schraenen.

Historiography has overlooked the meetings between art and the world of sound, but these days they have taken on an undeniable centrality. Crossovers between sound and vision have multiplied exponentially and this has created a whole new universe of experimentation, invention, categories and classifications. In 2002, the MACBA looked at music culture in the digital age with the exhibition Sonic Process. Now Vinyl (with 750 record sleeves by artists like John Baldessari, Joseph Beuys, Gunter Brus, William Burroughs, Jean Dubuffet, Robert Frank, Allen Ginsberg, Richard Hamilton, Keith Haring, Yves Klein, Fernand Le'ger, Roy Lichtenstein, Joan Miro', Hermann Nitsch, A.R. Penck, Raymond Pettibon, Pistoletto, Gerhard Richter, Dieter Roth, Andy Warhol and Tom Wesselman, among others) traces the phenomenon’s genealogy, from its roots in the evolution of the art in the 1960s and 70s, right up to our own time, by means of an object which has always been deeply rooted in our everyday life: the LP record.