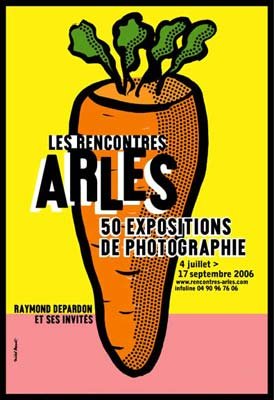 “Archipelago thinking sits well with our worlds. It borrows their ambiguity, fragility and drift. It consents to the detour, which is neither flight nor renunciation. It recognises the imaginary scope of the Trace, and ratifies it. Does this mean renunciation of self-direction? No: it is a tuning into that which, in the world, is divided into archipelagos, those forms of diversity which, while dispersed, nonetheless link shorelines and marry horizons."
Edouard Glissant

The Rencontres come and go, and you don’t always see the same faces: our curiosity is too vast and the world vaster still. And Francois He'bel, whom I’ll refrain from praising out of respect for his modesty, has gone even further (and wider) afield in this year’s choice of a journey whose poles are Raymond Depardon and the French language. The venture may seem paradoxical and even a sign of inturning and defensiveness, but nothing could be further from the truth: our journey is one of brotherhood, from archipelago to archipelago.

Raymond Depardon is, and intends to be, a man for all seasons: photoreporter, documentary and fiction filmmaker, a long-haul creative artist. This farmer-globetrotter left his land to explore the world in all its multiple facets: human beings, all of them - farmers and celebrities, politicians and passers-by, the powerful and the victims; territories, all of them - places and non-places, tilled fields and battlefields, countless cities and infinite deserts. Torn between land and people, between the soil of his origins and the mutter of the world, between the bright lights and the conflicts, he offers us our portrait and his own.

Depardon is a wanderer. He “sees" and lives that wandering, not as a means to a vision of the world, but as the very subject of his creativity. Flaubert dreamed of a novel “in which you would only have to write sentences […] the way you only have to breathe air to live." But there has to be a style and maybe the abandoning of the subject, or maybe writing and seeing are themselves the subject of the creative act. Each of us travels with his little survival kit of remembered and often conjured phrases, in my case a passage from Depardon’s book Errances (“Wanderings"), in which he expresses his search for a subject-free truth: “I detach myself from the theme, the subject; it’s enough that they fit with what I want to do, because wandering is the abandoning of the subject, the abandoning of the plot […] You see this clearly in old films, you see it clearly in those old photos that interest us, touch us. You see clearly that the plot doesn’t count, that not even the subject counts, that the crucial element was something else - the moment. I think the subject is an obstacle to creation […] What counts is form, the aesthetic, the power of the eye. That’s what you remember."

Unity comes, then, from these lived moments and the singularity of a visual style. The approach is often a solitary one, yet it seeks the other constantly, makes him seen and heard, as in the film Africa, How Are You with Pain? But there is never any attempt by Depardon to glamorise the world’s suffering; his narrative remains tight and austere, although this does not block malice and emotion. Out far removed from Dada and Picabia, he fights moral asthenia and possesses his own murderous gaze. What he offers us here in Arles is a self-portrait made up of others’ ways of seeing. Not their way of seeing him, but his seeing of them and what they see. This fuels him; he travels with it or hands it on in a discovering of influences, companions, surfacings.

At these Rencontres the French language has the place of honour. Each year, through the generosity of Maja Hoffmann and the Luma Foundation, the Rencontres Awards bring us a crop of artists from all over the world, and for 2006 Francois He'bel had the marvellous idea of calling on five nominators who, while geographically separated, are united by their language. Our celebration of wandering is a celebration of the language we live in as a mobile dwelling, as at once an itinerant base for reaching out to the world and an interior receptive to everything external to it. It is not for nothing that Arles has the privilege of being home to the International College of Literary Translators, whose role as architects of cultural and human crossover is vital to ongoing diversity as opposed to forced uniformity.

The image is currently pouring through everyday life in a chaotic wave of the commercial and the trivial, sweeping singularity before it and producing a visual gobbledegook as foolish as Esperanto with its flat, dumping-down vision of things. Marie-Jose'e Mondzain, who so tirelessly puts the question of what seeing an image actually involves, has stated the necessary relationship between image and 4 language: “living together" is also “seeing together", and speaking together is still looking together. Mutual comprehension is a point of view.

Things really began to change at the Rencontres in 2002. In 2001 there were 14 exhibitions, last year there were 58. From 9,000 visitors in 2001, the total has risen to 36,000, with a 30 % increase between 2004 and 2005. Five years ago income from attendance and private partnerships was 12 % and the figure is now 52 %. But it’s still too early to throw our hats in the air. Despite the ongoing support of our public-sector partners - the State, the Region, the department, the City of Arles and, this year, the Francoffonies!; despite the active, inventive backing of our corporate partners - LUMA Foundation, SFR, HP, Fnac, Dupon digital lab and others; and despite the collaboration and prestige of our media partners - France Info and France Culture radios and ARTE television; despite all this, for which our gratitude is boundless, the financial situation remains parlous. More than ever before the Rencontres d’Arles are the all-round international photography festival, but they still lack the underpinning needed to ensure a viable future.

When is the message going to get through that Heritage and Creativity - as so roundly demonstrated in the recent study organised by Bernard Millet and Michel Vauzelle - are generators of economic development and financial resources? Is it generally known that the culture industry is the leading element on the United States’ list of exports? Will we succeed in seizing the remarkable opportunity offered by conversion of the old French Rail workshops, and invent there a future equal to the cultural challenge and Arles’s strengths? Or is this promised land condemned to become a fairground? The answers depend on us all and on our ability to look to the future.

I cannot conclude this preface - an annual ritual some readers may find offputting - without a tribute to the youthful, enthusiastic team put together by Francois He'bel. The Rencontres miracle could not have happened without this energy that sweeps all before it. After the departure of General Administrator Alain Arnaudet for a new career as head of the Alliance Francaise in Sao Paulo, we had the good fortune to recruit Alice Martin, a talented young woman with the requisite international profile. I welcome her to Arles. This year the Summer in Arles Festival will once again have the pleasure of receiving Renaud Donnedieu de Vabres, Minister for Culture and Communication. It is my hope that this encouraging gesture of recognition augurs a real resurgence of the power of the imagination.

Opening: 3 July
4 evenings at the Antique Theatre > 4 - 8 July at 10:00 pm
1 Night of the Year at the Roquette neighbourhood > July 7 at 10:00 pm
5 Rencontres d'Arles Awards
Prize giving ceremony on Saturday 8 July - evening at the The'atre Antique

Exhibitions from 4 July - 17 September (closing dates according to the exhibition venues after the end of August)
Open: 10:00 am - 7:00 pm

20 workshops (inc. Day With and Seminars)
Lectures on the Forum Plazza

Arles: how to get there