The slide-tape installation, Initials, 1993-94, is one of a trilogy of pioneering works by Coleman from the 1990s, acquired by IMMA through funding from the Heritage Committee of the National Cultural Institutions in 2004. Curated by Catherine Marshall. 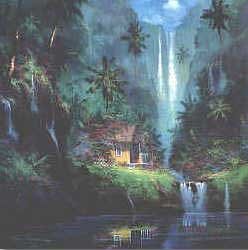 The first showing in Ireland of one of the most important works by the internationally-acclaimed Irish artist James Coleman opens to the public at the Irish Museum of Modern Art on Friday 4 August 2006.

The slide-tape installation, I N I T I A L S, 1993-94, is one of a trilogy of pioneering works by Coleman from the 1990s, acquired by IMMA through funding from the Heritage Committee of the National Cultural Institutions in 2004. The work will be shown in the Great Hall at IMMA, the first time a major contemporary installation has been exhibited there.

James Coleman is widely regarded as having a uniquely influential role in a range of media that dominate large areas of current art practice. For more than 30 years he has used the photograph, the projected film still, the transparency, the slide show with sound track and the film as powerful means of conveying his reflections on the meaning of the image, whether moving or static. The importance of the medium itself, and its role in shaping our understanding of what we see, is evident from the fact that the equipment is clearly visible in the space, with no attempt to conceal how the piece is produced. As in all of his work, communication, subjectivity and the use of media are central concerns in I N I T I A L S, and in the other works in the trilogy - Lapsus Exposure, 1992-94, and Background, 1991-94, which IMMA will show, also in the Great Hall, in 2007 and 2008 respectively.

In I N I T I A L S Coleman uses a slide-tape format (multiple transparencies projected with synchronised audio tape) in his continuing investigation of the psychological, social and historic conditioning of perception. We see an unusual assortment of people in what could be a hospital setting, but might, with equal relevance, refer to a TV drama studio, with the attendant preparatory rituals for both settings. As the piece progresses, the voice of what appears to be a child spells out words or utters disparate statements, diverging more and more from the sequence of events depicted visually, calling into question photography's traditional claim to documentary authenticity.

A further element of uncertainty is introduced through the variety of different genres in which the artist chooses to present the images, from popular television soap opera style to the serenity of a 17th-century Dutch portrait. Cocooned in a darkened and carpeted space, the work challenges the viewer to move through the space and find their own vantage point, thereby becoming part of the core experience of deconstruction and reconstruction. Lynne Cooke in a recent essay on Coleman's work describes the process whereby "weaving references drawn from film, from drama and from painting, Coleman situates his trilogy in a hybrid realm, one that allows him to comment obliquely on these canonical art forms and their traditions without, however, fully subscribing to any."

Commenting on the forthcoming exhibition of I N I T I A L S and on what the acquisition of the trilogy means to IMMA, the Museum's Director, Enrique Juncosa, said, "We are very happy to show these works by James Coleman, which have never been seen in Ireland before. There is already great public interest in seeing them, especially as they were acquired through the Heritage Fund. Their display requires a large space and that is why we have decided to show them in the Great Hall. The trilogy of James Coleman is one of the most important works in the IMMA Collection. His influence can be seen in the work of many artists like Douglas Gordon, Steve McQueen, Gerard Byrne and Jaki Irvine."

James Coleman was born in Ballaghaderreen, Co Roscommon, in 1941. By the mid-60s Coleman had already begun creating works using photography and video. Since then he has exhibited extensively in international museum and galleries, including the Dia Center for the Arts, New York ( 1994-95), Kunstmuseum Luzern, Lucern (1995), Centre Georges Pompidou, Paris (1996), Fundacio' Antoni Ta'pies, Barcelona (1999), Kunstbau Lenbachhaus, Munich (2002), Sprengel Museum, Hannover (2002), and Museu do Chiado, Lisbon (2004-05). In 2003, Coleman developed a unique project at the Louvre in Paris for the exhibition Le'onard de Vinci: dessins at manuscrits. Coleman has also participated in many international group exhibitions.