One day of exhibitions in different locations by: Emma Ciceri, Adela Demetja, Adrian Paci, Alessandro Piangiamore, Suela Qoshia, Irgin Sena. The project will continue with the same structure in different countries. One day events with local artists in all the cities with which in these two years we had contacts, from the Balkans to U.S, crossing Europe. 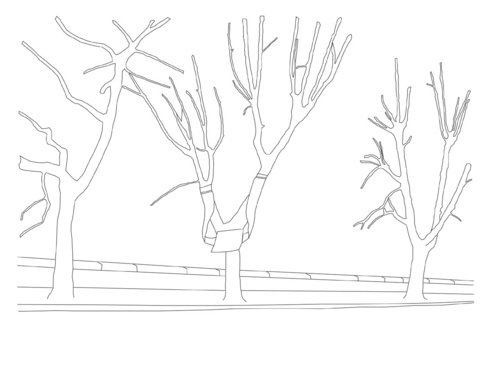 On September 15th will take place the last event of 1.60insurgent space in Tirana. The project that began in January 2005 will end after 20 months and 47 shows realized, in which have participated 59 Albanian and international artists and curators, that during these years have produced site specific art works in different locations of Tirana, animating continuously the Albanian art scene e reflecting about the idea of art outside institutional spaces.

The last event is conceived as an extract of the idea of 1.60insurgent space, fast shows with different artists in different urban locations. We will start at 11:00 with the press conference at cinema Agimi, followed by a video projection by Adrian Paci: PilgrImage, the exhibitions will continue at 13:00 till 20:00 with a audio installation by Adela Demetja: Forgotten places, in the ruins of the building that was supposed to be a part of the Central Policlinic in Rruga e Barrikadave. At 15:30 and at 23:00 in Vision Plus TV will be broadcasted the video by Alessandro Piangiamore: Horizon, at 17:00 at the train station will take place the performance and the video projection by Emma Ciceri: Rails. Suela Qoshja at 18:30 at Flex Bar will show a slide projection: Multimedia Doctor, the last event of the day will be a video projection by Irgin Sena: Smile, in former blloku at cadra bar (in front of pizzeria Era). At 21:30 in zanzibar will take place the closing party of 1.60insurgent space. The project will continue with the name 1.60 (onesixty) with the same structure in different countries. One day events with local artists in all the cities with which in these two years we had contacts, from the Balkans to U.S, crossing Europe.