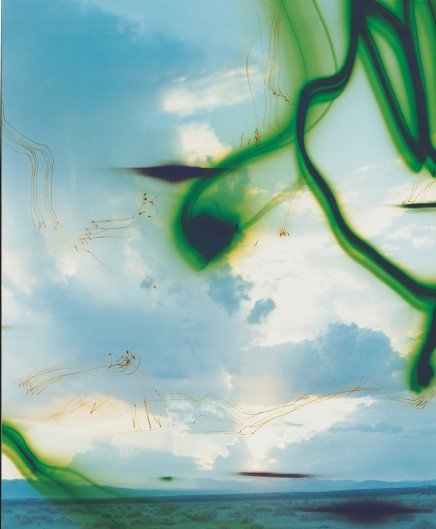 The Hammer Museum presents the first major U.S. retrospective of the work of German artist Wolfgang Tillmans from September 17, 2006, through January 7, 2007. Co-organzed with the Museum of Contemporary Art (MCA), Chicago, where the exhibition debuted in May 2006, Wolfgang Tillmans features approximately 300 photographs, installations, and video spanning his entire career. Tillmans is acclaimed as a chronicler of his generation, and he has garnered international recognition as one of the most significant artists to emerge in the 1990s. His evocative photographs span the genres of portraiture, landscape, still life, and documentary to reflect on often overlooked objects and moments in everyday life.

Wolfgang Tillmans is organized by Russell Ferguson, Deputy Director of Exhibitions and Programs and Chief Curator at the Hammer Museum, and Dominic Molon, Pamela Alper Associate Curator at the MCA. "Although many of Tillmans's photographs are highly memorable, even iconic, they remain fundamentally untheatrical and rooted in a social context," said Ferguson. "It is even possible to see all of his photographs as an ongoing, extended self-portrait, a record of his passage through the world."

Wolfgang Tillmans is well known for the distinctive installations of his work, in which the artist carefully constructs wall montages that incorporate variously-sized, ink-jet prints with glossy photographs in seemingly random, yet deliberate, arrangements. The entire Wolfgang Tillmans exhibition at the Hammer will be hung in this way by the artist, allowing the installation to function as a work of art in its own right. His presentations create a variety of new contexts in which the focus becomes the relationship among the images, rather than any individual image. Without a rigid order, and with a mixture of framed and unframed works, the hanging activates all of the works in the space and blurs the boundaries of the traditional hierarchy in the subject matter.

Tillmans reaches beneath the surface of contemporary culture to challenge established photographic conventions. His work combines an energetic sense of immediacy with an appreciation of classical composition to produce intimate, stylish, and visually dynamic reflections of contemporary life. Tillmans said, "I'm trying to go against this thinking that photos can only be accessed via their subject matter. I think about the same questions that a painter would about the problems of representation. I just found that photographs are the language that I speak best in."

ABOUT WOLFGANG TILLMANS
Born in Remscheid, Germany, in 1968, Tillmans studied at the Bournemouth & Poole College of Art in Dorset before moving to London. Early in his career, Tillmans documented the European club scene in a manner that captured its dynamic style with an affecting sincerity, and he presented this work in carefully crafted spreads for British fashion and lifestyle magazines such as i-D. He increasingly developed a signature style, intimately presenting subjects ranging from still lifes to portraits of friends and celebrities, subtly alluding to his interest in issues such as homelessness, racism, and gay rights. Despite his use of magazine layouts as an early vehicle for his work, his provocative images always challenged the superficial gloss of the fashion industry and subverted notions of beauty and sexuality.

Perhaps the most critical and unifying aspect of Tillmans's practice is his insistence on a "democratization" of images. While certain works are notably singular and iconic, his use of a shifting scale for his prints and an ever-changing rotation of images with each successive installation demonstrates his desire to see all of his pictures as universally significant. In doing so, Tillmans suggests that an unassuming image of jars of jam on a counter-top carries equal weight and importance as an image of a bolt of lightning or a political rally. By applying the same clarity of vision and intensity of purpose to every picture—whether an image of a place, person, situation, or an abstraction—Tillmans offers a visually unified perspective on the diverse phenomena that comprise the broad spectrum of lived experience.

Since the 1990s, Tillmans's work has turned increasingly toward abstraction. The exhibition at the Hammer includes a gallery of his new, purely abstract works, which are created through the direct manipulation of light on paper, rather than the use of a camera. Among the series he has produced in this manner are Blushes, Mental Pictures, and Freischwimmer. Despite their non-representational status, these images—particularly the lush Freischwimmer pictures with their sinewy or hair-like lines—still possess a tactility and physicality that gives them an almost 'bodily" feel.

In 2000, Tillmans won the prestigious Turner Prize. His work has been presented in solo exhibitions at numerous international museums, most recently at the Tokyo Opera City Art Gallery, Tokyo (2004); the Tate Modern, London (2003); the Louisiana Museum of Modern Art, Denmark (2003); the Palais de Tokyo, Paris (2002); and the Diechtorhallen, Hamburg (2001). Tillmans’s work has also been included in major group exhibitions such as Covering the Real: Art and the Press Picture from Warhol to Tillmans at the Kunstmuseum Basel (2005); Moving Pictures at the Guggenheim Museum, New York (2002); Uniform at the Stazione Leopolda, Florence (2001); and The British Art Show 5 at the Hayward Gallery, London (2000); among many others.

EXHIBITION SUPPORT
Wolfgang Tillmans is co-organized by the Hammer Museum, Los Angeles, and the Museum of Contemporary Art, Chicago.

The Hammer Museum's presentation is made possible, in part, by George Freeman, Stanley and Gail Hollander, Michael Rubel, and Susan Steinhauser and Daniel Greenberg, with additional support from Alan Hergott and Curt Shepard, the Joy and Jerry Monkarsh Family Foundation, and the British Council.

PUBLIC PROGRAMS
The exhibition will be accompanied by a full series of public programs, including artist's and curator's talks and exhibition walk-throughs. Dates are to be determined.

The Hammer Museum presents Aernout Mik: Refraction, a new video work installed as a three-screen continuous projection that examines people's mechanical reactions following a disaster by focusing on a staged bus accident in the Romanian countryside. The exhibition will be on view from September 12 through December 31, 2006, and was organized by Dan Cameron, Senior Curator at Large at the New Museum of Contemporary Art, New York.

Aernout Mik: Refraction is the third exhibition in the Three M Project, a series featuring newly commissioned works by artists not yet well-known in the United States. The Three M Project is a consortium comprised of the Hammer Museum, Los Angeles; the Museum of Contemporary Art, Chicago; and the New Museum of Contemporary Art, New York, to commission, collect, and exhibit new work by emerging international talents. Refraction completes its exhibition tour in Los Angeles after previous showings in New York and Chicago. Past exhibitions organized as part of the Three M Project include Patty Chang: Shangri-La and Fiona Tan: Correction.

AERNOUT MIK: REFRACTION
Aernout Mik is known internationally for video installations that not only stage narratives based on imagined catastrophes, but also present ambiguous causes and effects. In his surreal, often semi-apocalyptic scenarios, Mik comments on the frequent inability of humans to respond instinctively and individually to monumental disasters. Refraction, an approximately 30-minute video loop, documents the aftermath of an accident in which a bus has capsized on a highway in the Romanian countryside. Uniformed police, medics, and rescue workers swarm over the accident site, digging at rubble and scouring the interior of the bus. Traffic becomes congested in either direction on the highway causing curious motorists to leave their cars and take part in the scene.

The camera zooms in on the rescue workers, following their procedures as they examine the area in and around the bus. But all evidence of victims is omitted—no bloodstains, sobbing witnesses, or bodies on stretchers are recorded. In fact, while the faces of those present bear appropriate looks of concern and focus, there is something eerily mechanical about the manner in which characters perform their duties, without any reactions to the wreckage before them and little, if any, interaction with each other. As is typical in Mik's work, chaos is veiled with normalcy.

As the scene unfolds, a herd of sheep and goats, minus any recognizable shepherd, approaches the highway accident. The animals continue their journey to the other side of the accident site, departing as quickly as they came. The herd's presence does not elicit a response from the rescue workers. Curator Dan Cameron states, "Mik is hoping that most of us will identify more with the sheep and pigs, who manifest a clear will and intent regardless of any obstacles, than with the humans in Refraction, who seem utterly passive, powerless, and ineffectual."

ABOUT THE ARTIST
Aernout Mik was born in the Netherlands in 1962 and currently lives and works in Amsterdam. His work has been exhibited across Europe and the U.S., most recently in solo exhibitions at The Cleveland Museum of Art, Ohio; Herbert F. Johnson Museum of Art, New York; and Museum Pasio'n, Valladolid, Spain; and group exhibitions at the Louisiana Contemporary, Hemlebaek Denmark and 26th Sao Paulo Biennial. Mik received the Heinikenprize in Amsterdam in 2002.

Mik's practice straddles the boundaries between sculpture, performance, architecture, and video. He challenges the filmic notion that the action of the scene overshadows the acting and reacting of the cast. In Refraction, Mik uses more elaborate staging and a larger cast to address themes that have come to characterize his oeuvre: chaos, insecurity, violence, and indifference.

EXHIBITION FUNDING
Aernout Mik: Refraction is part of the Three M Project, a series by the Hammer Museum, Los Angeles; the Museum of Contemporary Art, Chicago; and the New Museum of Contemporary Art, New York to commission, organize, and co-present new works of art. Generous support for the series has been provided by the Peter Norton Family Foundation and the American Center Foundation.

Aernout Mik: Refraction also received support from the Mondriaan Foundation, Amsterdam, and The Consulate General of The Netherlands in New York.

Image: Wolfgang Tillmans, I dont want to get over you, 2000. Chromogenic development print