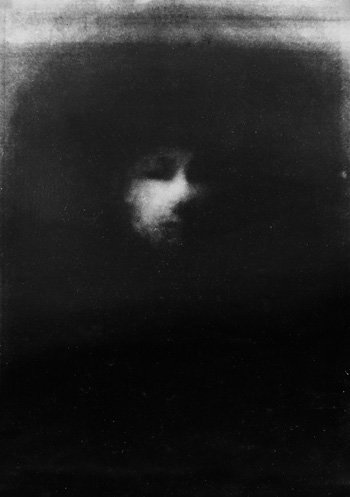 A'kos Birka's is known first and foremost by the public, up to the present day, for his “Heads" series, his abstract ovals painted as a programme from the mid-eighties up till the late nineties, comprising nearly two hundred pieces in all. Not only the entirety of the painter’s oeuvre, but even a large portion of the “Heads" series is practically unknown in Hungary. This is not surprising, however, since from 1985 Birka's worked abroad with increasing frequency and for longer periods.

He last had a large-scale solo exhibition in 1994 in Budapest; this was followed by a presentation in Vienna in 1997, in which he summarised the developments in his painting until that point. His new pictures have been on view in the decade since in German, Viennese and Parisian galleries. Thus, the local art scene has received Birka's’s new pictures produced around the new millennium with not a small measure of surprise (moreover, incomprehension): these are easily painted, large-scale, realistic portraits, which might appear to be diametrically opposed to his earlier paintings, known at home. By now, however, Birka's has taken a further departure from his abstract ovals, going as far as socio-political, narrative scenes, featuring several characters - on view for the first time at the Ludwig Museum Budapest.

That which might seem to be an unexpected turning point in the eyes of some, is actually the fruit of Birka's’s coherent artistic programme; it is an oeuvre that incessantly questions the nature, role and aims of painting (and the painter), and thus, does not remain static, but is in a constant state of flux, in motion. Birka's’s pictures are the proceeds of a self-analysis of art and the artist (but not merely documentary), reflecting upon painting, and within this, first and foremost the intellectual relationship to portrait-painting, and this relationship, this self-reflection embraces in a single arc Birka's’s various periods, and his artworks that might appear at first sight to be inconsistent or radically innovative, or even provocative. This retrospective exhibition does not simply align the selected pieces of his oeuvre one alongside the other, but we intend to indicate this span, as well: to the conceptual and theoretical foundations of Birka's’s painting, and to the det ermining questions of the development of his life-work, in these works produced from 1975 up till 2006, of diverse genre, technique and ambition.

On the occasion of this retrospective show, we are also publishing a bilingual Hungarian-German catalogue of 144 pages, which will be launched in mid-December.