The group show will present artists who simultaneously create very small and large scale works of art. Historically there was an understood link between scale and genre; more recently, photographers have challenged traditional ideas regarding their medium through dramatic experiments with size... 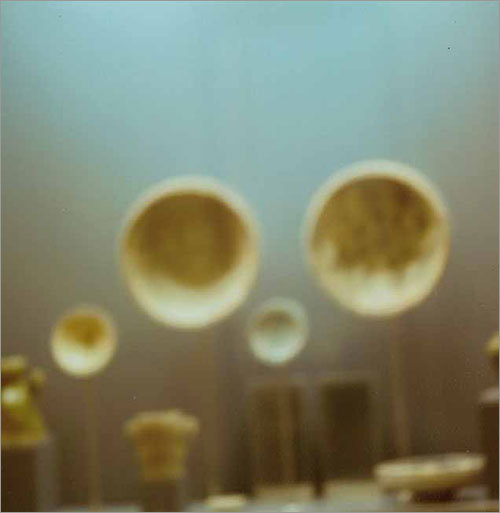 Winston Wachter Fine Art is pleased to announce the opening of “Sliding Scale," a group show which asks the viewer to consider the shifts in meaning that are signaled by shifting scales. This show will present artists who simultaneously create very small and large scale works of art.

Historically there was an understood link between scale and genre. The size of a painting was related to both the importance of the subject and the ambition of the artist. Jackson Pollock’s compositions, formed by intricate networks of dripped paint lines, have the ability to draw in viewers because of their sheer magnitude. More recently, photographers have challenged traditional ideas regarding their medium through dramatic experiments with size. Massive photographs refuse their historical identity as objects that are portable, quickly produced and readily reproduced.
Small scale works connote private objects, and imply an intimate viewing experience. They can be taken in at a glance, but often contain the sorts of minute details that beg to be lingered over. Large-scale works, on the other hand, can be aggressively large, public, enveloping, disorienting. Peter Dayton’s collaged, resin coated flowers are precious, jewel-like objects in a small scale. Blown up to a large scale they become something altogether different: hallucinatory, almost overwhelming in their excess. Hiro Yokose’s serene landscape paintings act as tiny windows at their smallest, offering a brief glimpse of a far-off place. When these same compositions are enlarged, however, the view is not brief or far, but all encompassing. The viewer here is asked to consider what shifts of meaning were anticipated or exploited by the artists; what is the relationship between the large and small works by the same artist? What is their spatial relationship to works of both scales?