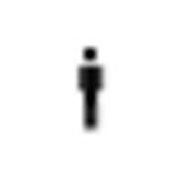 For their first exhibitions in Los Angeles, Song Dong and Yin Xiuzhen present two independently conceived but interrelated projects, Restroom M and Restroom W. The commissions for Redcat consider the extremes of individualism and communalism, opulence and lacking, kinship and violence in China as its interface with the rest of the world evolves anew. Song Dong’s practice includes performance, photography, and video and explores notions of transience and illusion in contemporary society. In his photographic series and short video works, sequenced images depict a rapidly modernizing China. Song’s installation at Redcat exposes the restroom as a censored and solitary site that belies its social function. Inspired by the lyrics of pioneering rock star, He Yong, “What we eat is consciousness and what we shit is intelligence," his work captures feelings of isolation in light of a growing reliance upon mediated forms of exchange. Yin Xiuzhen’s sculpture and installations since the mid-1990s have often responded to the massive destruction and reconstruction of Beijing. Through various types of interventions and exercises, she seeks to personalize objects and allude to the lives of people affected by sudden social, physical and cultural disruption and transformation. For her installation, Yin also examines the tenuous relationship between public and private interaction. Reflecting upon the relationship between individual experience and global transformation, her project opposes older, intimate models of communal engagement with the private demands of a commercially driven world. Both artists live and work in Beijing.