Not for Sale presents unavailable works by some of the art market's most sought-after talents, artworks that the artists refuse to sell. Silicone Valley features 13 American artists whose works, on the surface, posit false realities. Tom Sandberg: Photographs 1989 - 2006, many of his pictures are aerial views, the earth seen from above, in a state of suspension. Vik Muniz: Reflex presents a survey of his photographic works. Jonas Mekas: The Beauty of Friends Being Together Quartet is comprised of films and film stills by an inventor of Diarist Cinema. Abbas Kiarostami: Image maker, on show 33 short and feature films, 2 media installation and photographs. 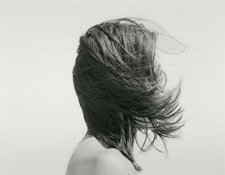 Not for Sale presents unavailable works by some of the art market’s most sought-after talents—artworks that the artists refuse to sell, reserving them for their own collections. Although the choice of medium may vary, ranging from painting, drawing and photography to installation and sculpture, all the work on view is united by the meaning it has for the artists who made it and their desire to hold on to each piece, no matter what the bidding price. Whether big, as in Mark di Suvero’s large-scale steel sculpture in the courtyard, or small, as in Christo’s smallest package, all of these works are decidedly not for sale.

Not for Sale is organized by P.S.1 Director Alanna Heiss.

P.S.1 presents Silicone Valley, an exhibition featuring 13 American artists whose works, on the surface, posit false realities. By employing and implying decoys, violence, and manifestations of the grotesque, the show probes the merger of seduction with horror. Silicone Valley is on view in the First Floor Main Gallery from February 11 through April 9, 2007.

The title makes reference to Silicon Valley, the nexus of the dot com phenomenon. ‘Silicon’ is frequently misspelled ‘silicone,’ a synthetic material commonly used for plastic surgery—in other words, a corporeal decoy.

The exhibition includes a selection of photographs from Meredith Allen’s Forever series, which showcases her mother’s Beanie Baby collection protectively and melancholically sealed in plastic bags. Lizzi Bougatsos’ diminutive gold piles of excremental plaster, and Julian LaVerdiere’s sturdy looking eagle busts actually made of Nerf foam rubber will be scattered throughout the space. A site-specific installation by William Pope.L features a corridor of scrap wood lined with a wall of trophies: New England animals slathered in peanut butter and mayonnaise. Joe Bradley’s “Home Depot”-style Minimalism will be on view, as will Corey D’Augustine’s series of monochrome “paintings” made with materials like silicone and antifreeze.

The debut of painter Dan McCarthy’s starkest and most foreboding work to date depicts characters with seemingly acid-tinged, color-coded skin against blank white backgrounds. Marlene McCarty will present new, psychologically terrorizing drawings of young women who have killed family members, often after sexual abuse. Peter Caine will unveil a new animatronic sculpture of God, alongside several recent, nonfigurative kinetic pieces, each a stack of wiggling gears and motors cloaked in skin-tight Lycra. Rodney McMillian will contribute works evoking Abstract Expressionist canvases that are actually cast-out rugs and household junk. The photographer Eileen Quinlan will show a group of works from her ongoing Smoke & Mirrors series. Catherine Ross’ newest video isolates clips of television actors’ gesticulations from the sitcom “Three’s Company” and pairs the scrolling index of bodily unconsciousness with a hypnotizing soundtrack by trumpeter Taylor Haskins. Christy Singleton will unveil a phalanx of her “ladies,” silicone sculptures of southern women whose bodies have become battlegrounds of plastic surgery.

P.S.1 Contemporary Art Center is pleased to present the first solo exhibition of Norwegian photographer Tom Sandberg in the United States. The presentation features more than thirty photographs taken over the past decade, including the premiere of several new works. Tom Sandberg is on view in the Second Floor Main Gallery from February 11 through April 16, 2007.

Working for almost thirty years, exclusively with large format, black-and-white film, Sandberg has produced a remarkable body of work that is consistent in its vision and imbued with a sense of mystery and great depth of feeling. Whether he depicts sublime snow-covered mountains, a car parked in the street, the head of an infant, or a spectral house shrouded in fog, his pictures are about what it means to be alive.

Many of Sandberg’s pictures are aerial views—the earth seen from above, in a sense, in a state of suspension. One of his most hauntingly beautiful pictures is an image of a plane seeming to hover just a few feet above a runway. He returns time and again to pictures of the sun, the ocean, endless clouds, and the horizon. In some the image is barely visible, as if testing the limits of what the eye can see. Sandberg’s work is about photography, about the act of seeing, and ultimately about being in the world.

Tom Sandberg (b. 1953) lives and works in Oslo, Norway. He has been included in numerous exhibitions in Europe and the United States over the last three decades, including The Astrup Fearnley Museum of Modern Art, Oslo; Kunstmuseum, Düsseldorf; Museu Calouste Gulbenkian, Lisbon; The Walker Art Center, Minneapolis; International Center of Photography, New York; Moderna Museet, Stockholm; Centre Georges Pompidou, Paris; and the Museum of Contemporary Art, Chicago. Sandberg’s work is included in the permanent collections of The National Museum of Contemporary Art, Oslo; Museum für Kunst und Gewerbe, Hamburg; Moderna Museet, Stockholm; and The Astrup Fearnley Museum of Modern Art, Oslo; among others.

This exhibition, organized by P.S.1 Curatorial Advisor Bob Nickas, is accompanied by a fully illustrated catalogue.

P.S.1 Contemporary Art
Center is pleased to present a survey of photographic works by Vik Muniz. This show is a selection from a larger exhibition organized by Miami Art Museum and curated by Assistant Director for Programs/ Senior Curator Peter Boswell. This presentation, which includes photographs from each of the artist's major series, is edited by the artist, P.S.1 Director Alanna Heiss, and Peter Boswell. Vik Muniz: Reflex is on view in the Second Floor Kunsthalle from February 11 through May 7, 2007.

Since the mid 1990s, Muniz has been incorporating everyday objects into his photographic process to create witty, bold, and often deceiving images based on photojournalism and art history. The Brazilian-born, New York-based artist makes pictures from dirt, diamonds, sugar, wire, string, chocolate syrup, peanut butter, dust, ketchup, the circular paper remnants made by hole punches, junk, pigment, and other materials. Though Muniz's images are often familiar - borrowing from popular culture and Old Master artists - it is quickly evident that they are not what they seem. Using an approach that the artist calls "the worst possible illusion," the works are formed from materials gathered from everyday life, which Muniz arranges and photographs, rather
than traditional artistic materials.

Included especially in the P.S.1 survey is Muniz's recent "Weimar" series, a suite of black-and-white photographs that reference espionage, surveillance, and intelligence gathering. A body of work that will be shown for the first time in the U.S., it is a departure for the artist since it is not a composition of assembled objects, but rather images that are seemingly documentary.

Vik Muniz (b. 1961, Sao Paulo) has exhibited internationally since 1989. He has had solo shows at the International Center of Photography and Whitney Museum of American Art, NY; the Menil Collection, Houston; Meseu de Arte Moderna, Rio de Janeiro; Meseu de Arte Moderna, Sao Paulo; and the Museo d'Arte Contemporanea, Rome; among others. In 2001, Muniz was the Brazilian representative at the 49th Venice Biennale.

Jonas Mekas: The Beauty of Friends Being Together Quartet
February 11 - April 16, 2007


P.S.1 Contemporary Art Center is pleased to announce Jonas Mekas: The Beauty of Friends Being Together Quartet, an exhibition comprised of films and film stills by the celebrated artist. Mekas is considered an inventor of Diarist Cinema – an intimate first-person collision of poetry, fiction, documentary, and formal experimentation through which any autobiographical themes can be explored – and is also renowned for his extensive film archive. Such seminal and varied components of his oeuvre will be intimately presented in the Mini-Kunsthalle from February 11 through April 16, 2007.

Drawing on thousands of hours of film footage, from spontaneous events and happenings of everyday life to the most intimate sequences of his personal relationships with friends from various times and places in New York City and beyond, this exhibition features for the first time the multi-channel installation “Four Quartets”: The Destruction Quartet; The Education of Sebastian, or Egypt Regained; Farewell to SoHo; and Martin Scorsese: An American Filmmaker at Work. Also on view will be The Sixties Quartet including Scenes from the Life of Andy Warhol, Scenes from the Life of George Maciunas, To John and Yoko with Love, and This Side of Paradise.

In addition to the film presentation, the exhibition also includes 40 portraits of friends selected from individual film frames, 40 stills from footage of New York City, and his recent 40 films made as an introduction for the podcast project 365 Films – one sequence shot each day of the year (also available on www.jonasmekas.com).

Jonas Mekas (born December 23, 1922; Semeniškiai, near Biržai, Lithuania) is a filmmaker, poet, editor, and curator who has often been called The Godfather of American avant-garde cinema. He is the founder of the Anthology Film Archives, The Film Makers Cooperative, and Film Culture magazine. Mekas started the “Movie Journal” column for the Village Voice in 1958 and remained a film critic at the publication until 1978. He is best known for his diary films such as Walden (1969), Lost, Lost, Lost (1975), Reminiscences of a Voyage to Lithuania (1972), and Zefiro Torna (1992). In 2001, he released a five-hour diary film entitled As I Was Moving Ahead, Occasionally I Saw Brief Glimpses of Beauty, assembled by hand from an archive comprising fifty years-worth of recordings of his life.

Jonas Mekas: The Beauty of Friends Being Together Quartet is organized by guest curator Phong Bui, an independent curator and the Publisher of the monthly journal The Brooklyn Rail.

Abbas Kiarostami: Image Maker is the most comprehensive North American exhibition ever presented on the Iranian artist. The three-part exhibition, which is co-presented by The Museum of Modern Art and P.S.1 Contemporary Art Center, in collaboration with the Iranian Art Foundation, comprises 33 short and feature films (including premieres and newly struck prints), two media installation works, and an exhibition of photographs featuring selections from three separate series including Rain, being exhibited for the first time.

The moving image and photographic work of Abbas Kiarostami (Iranian, b. 1940) is characterized by a distinct personal style, employing contemplative, philosophical themes coupled with a lyrical translation of Neorealism into modernist terms. The retrospective in the Roy and Niuta Titus Theaters includes 33 of Kiarostami's shorts and feature works, such as Through the Olive Trees (1994); A Taste of Cherry (1997), which won the Golden Palm at Cannes; The Wind Will Carry Us (1999), winner of the Grand Special Jury Prize at Venice; and Ten (2002). The media installation in MoMA's Yoshiko and Akio Morita Gallery comprises separate projections of each of the five parts of the artist's 2004 feature Five.

At P.S.1, the exhibition of Kiarostami's photographic work, on which he has been concentrating since the mid-1990s, includes selected works from two celebrated series: Snow White (1978-2003) and Roads and Trees (1978-2003). Photographs from the new series Rain (2006) and Trees and Crows (2006) will also be exhibited. In addition, P.S.1 presents the premiere of the installation Summer Afternoon (2006).