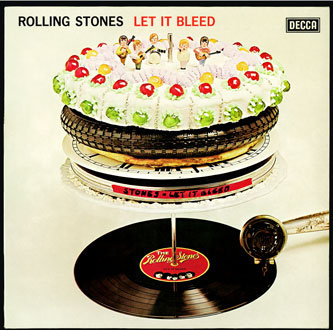 Creating titles for early James Bond films and Rolling Stones album sleeves, the graphic designer and film-maker Robert Brownjohn was responsible for many of the most memorable images of the 1960s. Famed for the simple execution of brilliant graphic ideas, Brownjohn captured the experimental spirit of the era by applying modernist visual theory to mainstream culture.

Born in New Jersey in 1925, he studied under the Bauhaus émigré László Moholy-Nagy at the Chicago Institute of Design in the mid-1940s and taught there before moving to New York in 1950. As co-founder of the innovative design firm Brownjohn, Chermayeff & Geismar, he developed graphic and exhibition design projects for the Pepsi-Cola Company, Columbia Records and the US Pavilion at the 1959 Brussels World’s Fair. A devotee of the New York jazz scene, Brownjohn befriended the musicians Miles Davis, Stan Getz and Charlie Parker. In 1960 he moved to London, where he worked in advertising and the fledgling graphic design industry. Haunted by problems with drink and drugs, Brownjohn died in 1970, days before his 45th birthday.

Audacious though Brownjohn’s work could be - from his title sequences for the Bond films Goldfinger and From Russia With Love, to print for the fashionable Robert Fraser Gallery - it was refined by the quality of his ideas and inspired juxtapositions of type and image. Robert Brownjohn’s subtle understanding of modern design was matched only by his raging appetite for modern life.