RAW, Among the Ruins

Did you ever feel like an old bag in front of a work of art? 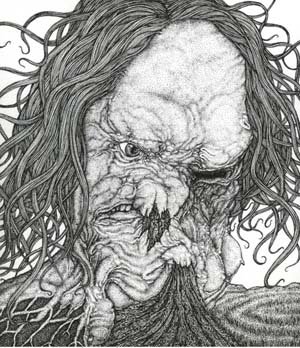 Curated by Lisette Smits and Alexis Vaillant: “Did you ever feel like an old bag in front of a work of art?”

A ruin is defined as the disjunctive product of the intrusion of nature into an edifice without loss of the unity produced by the human builders. Time, proposed as the principal cause of ruin, serves also to unify the ruin. In a ruin the edifice, the man-made part, and nature are one and inseparable; an edifice separated from its natural setting is no longer part of a ruin since it has lost its time, space and place. A ruin has a signification different from something merely man-made. It is like no other work of art, and its time is unlike any other time.

A ruin is always ‘over’, in spite of the fact that it necessarily holds fragments of history. Moreover, a ruin is not in front of us. Decay evolves next to us, not to say with us. That's the reason why we can say that at the beginning, there is the ruin.

Modern times have transformed the way ruins and monuments are approached and considered to the point where ruins became "contemporary ruins", closer to present than to past. "Contemporary ruins" are produced both by the acceleration of time and the growing fascination with deterioration. They test the very idea of a ruin within a system of objects structured by the invention of permanency. Good ruins do not illustrate or morally demonstrate this, but are able to re-reverse logics of time from science fiction to archaeology, from peplum to I-pod. Ruin lets off the very idea of theme because the ruin uses up any theme.

As soon as you start looking around, you see ruins everywhere.

Did you ever feel like an old bag in front of a work of art?

This show offers you a group of hopeful ruins, displayed in a classical nineteenth century aristocratic Dutch house. Here you will come face to face with the Nelly faggot, the spunky Nordic suitcase, the marble hand tapping his way through a fantastic water colour bleached world, a booty of damaged artworks, a mountain of freshly white sprayed earphones, the Jason mask without a face, the black plexiglass mandala, the silver animated survival cover, the suspended up bird, the celebration-church-bordello, and many more. Once in The Corridor of Who Knows When, some are arriving, others are leaving. If you expect nostalgia, be assured that nostalgic images just reiterate an inherited set of cultural expectations. These hopeful ruins might not fulfil that promise.

A ruin definitely alludes to the dissociation of ubiquitous artworks, lost in their photographic "entombed" time. Hopeful ruins resist their representation by being fragmented and, like raw material, ever again available. They point out the fragility of images, which are just thin illusions, doomed to fail our expectations, doomed eventually to crumble.