The 4th Ars Baltica Triennial of Photographic Art will present photographs, videos, and installations by 20 artists from the countries bordering the Baltic Sea, works that address the problems and fears resulting from upheavals in present-day society. Curated by Dorothee Bienert, Kati Kivinen and Enrico Lunghi. 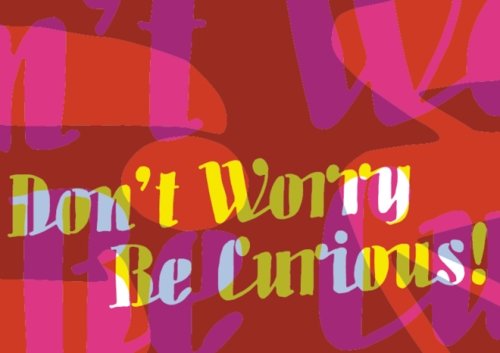 The 4th Ars Baltica Triennial of Photographic Art Don't Worry - Be Curious! will present photographs, videos, and installations by 20 artists from the countries bordering the Baltic Sea, works that address the problems and fears resulting from upheavals in present-day society.

Europe's social, political, and economic reality is currently marked by restructuring processes that have led to a collapse in a continuity of location, a volatility in stable social relationships, and increasing individualization, on the one hand, and growing unemployment, passivity, and disenchantment with politics, on the other. These upheavals are predominantly experienced by West European countries as a crisis of the welfare state, while in East European countries they appear to be the result of socialism's displacement by a capitalistic economic order. The sensed threat provokes similar reactions here as well as there; fear of social impoverishment, of a loss of identity, and of an uncertain future are the effects of globalization. In addition to this is the growing fear of the "foreigner" and the increasing desire to exclude the "other."

The exhibition assumes that art can offer impulses and inspire reflection on participation and the power of agency. Invited are artists whose practice is based on the exploration of their social environment. The artists deal with diverse thematic fields such as migration politics, ideas of "normality" and "differentness," the mechanisms of understanding and misunderstanding, social fears, young people's various perspectives and concepts of life; the media's influence on perception, thought, and knowledge; the relation between consumer culture and nature; or the sentimental value of the commonplace. What unites the works is a positive and often humorous prevailing mood that makes the observer want to engage in something new and scrutinize his or her own patterns of perception and thought.

Don't Worry - Be Curious! will open in Stadtgalerie Kiel on March 30, 2007 at 7:00 pm. The press conference will take place on March 29, 2007 at 11:00 am. The exhibition is under the auspices of the Prime Minister of Schleswig-Holstein and is supported by the programme Culture 2000 of the European Union, the German Federal Cultural Foundation, and institutions from the participating countries: the Danish Arts Council, the Arts Council of Finland, the Center for Contemporary Art Norway, IASPIS - International Artists' Studio Programme, Moderna Museet - International Programme, Stockholm and the Ministries of Culture in Estonia, Latvia, and Lithuania.

Publication: An exhibition catalogue will be published by Revolver Books with an introduction by the curators, an interview with Zygmunt Bauman, and texts by Petra Bauer and Annika Ruth Persson, Anders Eiebakke, Boris Kagarlitsky, Simon Sheikh, Hito Steyerl, Audrone Zukauskaite, and others.