Kiosk is a travelling archive of independent publication projects on contemporary art. Hunter Reynolds is a visual artist and AIDS activist. Miami-based graphic designer Richard Massey has been researching the re-use of Modernism's most iconic expressions for design applications. When Thomas Lawson and Susan Morgan started Rallife Magazine in 1979, they wanted to make a publication that would be 'by and about artists.' 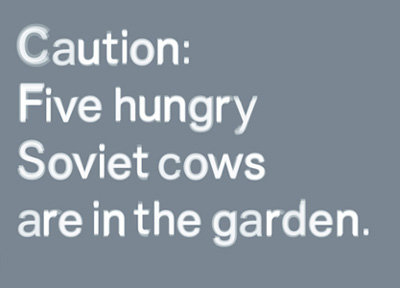 KIOSK (XIX), Modes of Multiplication
Kiosk is a travelling archive of independent publication projects on contemporary art which is continually growing and changing and which currently comprises approximately 360 publishers, periodicals, zines, video and audio projects -- altogether around 5,300 publications. The presentation attempts to provide an overview of the whole bandwidth and variety of independent publishing activities, a broader perspective on the various models of multiplication and distribution of artistic ways of working, and to get across an idea of the diverse strategies, motivations, and programs of the participating publishers' projects.

Individual artists' publications are not the main focus of attention, but rather the ways in which publishers and editors - the people "behind the scenes" - work. The selection of projects presented is not representative, but has accidentally developed out of various international relations among colleagues. The project was initiated in 2001 by Christoph Keller, founder and former director of the Frankfurt based publishing house, Revolver - Archiv für aktuelle Kunst. As an exhibition it has been shown 18 times in the past five years and will travel back to Europe in 2007.

Hunter Reynolds is a visual artist and AIDS activist. He was a an early member of ACT UP, and in 1989 co-founded Art Positive, an affinity group of ACT-UP to fight homophobia and censorship in the arts. For over twenty years, Reynolds has been using photography, performances, and installations to express his experience as an HIV-positive gay man living in the age of AIDS. Reynolds' works address issues of gender identity, political, social, and sexual histories, mourning and loss, survival, hope and healing.

For his project space at Artists Space, Reynolds presents Patina du Prey's Memorial Dress, a black ball gown onto which the names of thousands of AIDS victims are printed in gold. The dress stands on a stage rotating to music composed by Edmund Campion, while viewers are invited to write comments and the names of lost friends and loved ones into a memorial book.

The Memorial Dress was created and first exhibited in 1993 at the ICA Boston, where for two months, Reynolds--as his alter ego Patina du Prey--performed daily wearing the dress. During this exhibition, over 3000 names were collected in the memorial book. In the following years, the Memorial Dress was exhibited at the NGBK in Berlin, the Karl Osthaus-Museums Hagen, Germany, and at 45 Greene Street, organized by Creative Time City Wide, as part of the 25th anniversary of Stonewall. By 1996, Reynolds had collected over 5000 names in the memorial books. As part of the Visual AIDS Archive Project, these 5000 names were added to a new second dress, which was again exhibited in Boston, completing the first healing circle.

This exhibition highlights the 14-year history of the creation of this significant AIDS Memorial. It includes the second Memorial Dress of 1996, the collected memorial books, as well as photographs and other paraphernalia. A wall weaving features all names collected between 1996 and 2007, and viewers are invited to add more names to the memorial book to be included in a new printing on a new dress.

When Thomas Lawson and Susan Morgan started REALLIFE Magazine in 1979, they wanted to make a publication that would be "by and about artists." The magazine's first issue was made possible by an NEA grant in art criticism, awarded to Lawson through Artists Space. During the 1980s, REALLIFE Magazine attentively addressed current art and its influences while continuously speculating about culture and questioning politics.

The exhibition coincides with the launch of the publication REAL LIFE Magazine: Selected Writings and Projects 1979-1994, edited by Miriam Katzeff, Tom Lawson and Susan Morgan and published by Primary Information (NY, 2007)

For many years, Miami-based graphic designer Richard Massey has been researching the re-use of Modernism's most iconic expressions for design applications. One notable example is his design for Cabinet Magazine's logo, which is derived from the fragmented elements and ligatures of an early 20th century stencil often used in Le Corbusier's architectural drawings and manifestoes.

In his new project at Artists Space--Caution: Five hungry Soviet cows are in the garden--Massey explores ideologies of neutrality in modernist type design. The desire for pure, objective communication has always been a core aspiration of Modernist typography, and remains so to this day. But how best to achieve this objectivity? Massey argues that every font designed to approximate a status of pure neutrality, a degree-zero of signification, is helplessly infested with the traces of its times, ideologies, and value judgments. But what holds true for fonts as a whole, Massey observes, may not be the case for individual letterforms within the various typefaces. Often, individual letterforms come close to pure non-propositionality, while other letterforms in the same font act as indicators for the mentality of their period. Rather than proposing a new non-propositional typeface--and thus trafficking in the same ideological mold as previous modern practitioners--Massey proposes to combine the most non-propositional letterforms from different typefaces into a new font: the perfect vehicle of non-signification, or, as Massey puts it, "the perfect typographical butler, always performing its task without complaining under its breath."

To illustrate the application of this newly derived font, Massey makes use of pangrams, nonsensical sentences used by graphic designers to show type in context. Every sentence features each of the alphabet's twenty-six letters at least once, and is composed of existing words. Pangrams exist in every language, and the most common one in English reads: "the quick brown fox jumps over the lazy dog." In the gallery, Massey presents a pangram in the artificial language Lojban, which was developed to create a culturally neutral, unambiguous, completely logical language with phonetic spelling and no irregular rules. The pangrams are spelled out in a video projection, a Plexiglas sculpture, and the accompanying exhibition brochure, also designed by Massey.

Playful and ironic, Massey redeploys previous, utterly serious attempts at neutral communication and signification and turns them into an arena for the contemplation of what constitutes a neutral image.