Featuring 37 pieces, the exhibition concentrates mainly, but not exclusively, on new media. (I'm always touched) By Your Presence, Dear, includes film-works by Pierre Huyghe, Lu Chunsheng and Brian Duggan, an installation by Dorothy Cross, a painting by Hughie O'Donoghue and a photo work by Candida Hofer. 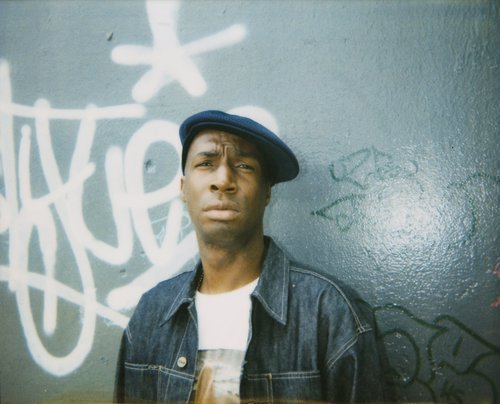 A new exhibition of works acquired by the Irish Museum of Modern Art since 2003 opens to the public at IMMA on Wednesday 25 April 2007. Featuring 37 pieces acquired through purchase, donation and long-term loan, the exhibition concentrates mainly, but not exclusively, on new media. (I'm always touched) By Your Presence, Dear, includes film-works by Pierre Huyghe, Lu Chunsheng and Brian Duggan, an installation by Dorothy Cross, a painting by Hughie O'Donoghue and a photo work by Candida Höfer. The exhibition, whose title is taken from a 1978 song by the American punk rock band Blondie, will be officially opened by Gavin Friday on Tuesday 24 April, at 6.00pm

(I'm always touched) By Your Presence, Dear grapples, both conceptually and visually, with issues of memory and sentimentality, and with the part which our own identity plays in the very process of being touched by an artistic "object of desire". Pierre Huyghe's film Block Party, 2002, on the early, short-lived hip hop scene, is based on the remembrance of an iconic moment from the past and a consciousness of its effect on the present. Shot in Harlem and the South Bronx, the film recreates a block party in its original environment, which it then presents in the form of a music video, a format that did not actually exist at that time.

Lu Chunsheng's film-work Before the Appearance of the First Steam Engine, 2003, is a deft commentary of contemporary China, mixing a socialist's dream, a dark underworld, and a quest for wealth. Like his fellow countryman Yang Fudong, Lu Chunsheng's films show the influence of French new wave cinema. Until 2000, foreign films were largely unavailable in China with the result that Chinese artists view Western cinema history with fresh eyes.

Alongside international artists are the works of important Irish artists, such as Dorothy Cross' Parachute, a comment on loss and remembrance. A gannet, hung upside-down, its beak near the ground, hangs upside down from a parachute suspended from the ceiling. Through the recuperation of the remainders of natural physical surroundings - a washed up gannet on Ireland's Atlantic coast, Dorothy Cross' work both returns its animal protagonist to its former existence and presents a composition pertaining contemporaneously to the incidental and the highly careful assemblage. If, however, Parachute evokes former selves, it also appears to stem from a highly subtle sense of loss, where the accident - the artwork, the gannet's death - is both recalled and forever relinquished.

The exhibition also includes William Scott's Parallel Forms Orange, 1971 and Once, 1986 by Sean Scully, acquired with a special subvention made available by the Department of Arts, Sport and Tourism in 2006.

The Collection of the Irish Museum of Modern Art comprises approximately 4,000 works by 20th-century and contemporary Irish and international artists. It has been developed through purchase and donations, as well as long term loans and the commissioning of new works. The Museum's acquisition policy, like its exhibition and education and community programmes, reflects the changing cultural landscape of the late 20th-century and the new millennium. The Museum not only buys the work of living artists but also accepts donations of works from the 1940's onwards - a decade of significant social and cultural change, both in Ireland and worldwide.

(I'm Always Touched) By Your Presence, Dear will open on Tuesday 24 April at 6pm and continues until 11 November 2007.