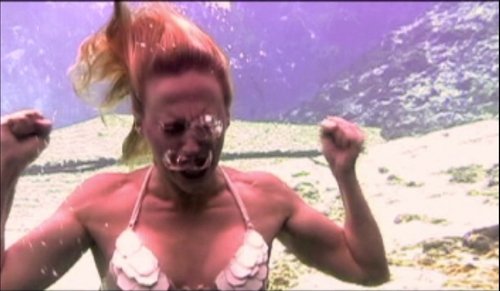 "The witch scoured out the kettle with the snakes, which she tied in a knot. She then cut open her breast, and let the black blood drop into the kettle, the steam of which formed such extraordinary figures, enough to frighten any one. Each moment she threw fresh things into the kettle, and when it boiled thoroughly it was like the crying of a crocodile". 'The Little Mermaid', Hans Christian Andersen.

'Fairy Tale' includes six artists whose work occupies the same territory as the so-called primitive versions of the fairy tales: bewitching and transgressive, it contains stirring kinds of unpalatable truths and has anti-social reverberations. They touch on escapist and pleasurable states and yet at the same time delight us, disorientate us, and make our present lives strange.

For Chapter, Peter Callesen has been commissioned to create an icy landscape out of one giant piece of paper. This paper world will feature a castle on a hill with the ground covered in giant snowflakes. The exhibition also includes paintings and prints by Paul Morrison and Vanessa Jane Phaff that generate both a sense of anticipation and a dark foreboding, and a series of etchings by Kiki Smith that are charged with danger and eroticism. Annelies Strba's video explores an enchanted landscape, a dark wood that contains 'delicate beings' seen drifting, dancing and sleeping, while Janaina Tschäpe's film presents a beautiful woman dressed as a mermaid repeatedly letting rip an angry scream, silenced only by the fact that she is underwater.

A fully illustrated catalogue accompanies the exhibition, including an introduction by Deborah Robinson from the New Art Gallery Walsall and essays by Angela Kingston and Stella Beddoe, Keeper of Decorative Art at the Royal Pavilion Art Gallery and Museums, Brighton. The catalogue is available from Chapter at £15.

Chapter Cinema will show a series of film screenings inspired by the theme of fairy tales to accompany the exhibition, please visit www.chapter.org for details.