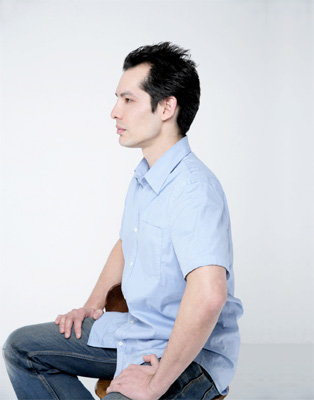 After seeing his first Daguerreotype, painter Paul Delaroche is rumored to have declared, "from today, painting is dead." That was in 1839--practically the birth of photography--and true or not, this quote illustrates how entrenched their adversarial relationship has been. Prior to the camera, painting enjoyed a largely uncontested throne, inhabiting the highest-ranking position in an exclusive club known as `The Fine Arts.' Photography challenged that position by besting painting at its own game; a deception now referred to as naturalism. Thus began a series of events that called into question the very underpinnings of the visual arts, the most significant of these being the origin of value for both painting and photography. The subsequent defense against this inquisition was to identify the distinctive characteristics of each, establish these attributes as the roots of their necessity, and set about working independently within these parameters. Painting, as championed by Clement Greenberg, became an exceedingly formalist affair, while photography was forced to employ its documentary capacity almost exclusively.

Today's artists have dispensed with such conventions. The featured artists in this exhibition, through various means, illustrate some of the current dialogs and cross-pollinations that have recently come into play. The aim of Photography and Contemporary Tactics is to elucidate not only the profound impact of photography on visual arts but contemporary culture as well. Karni Dorell's work Shadowing, bridges an aesthetic gap between these two media. The repetitive use of figures captured by photographic means is employed here as a strategy for mark making; a painterly effect achieved through mechanical means. Kate and Camilla's, Ryan, aims to mimic the posture, scale, and idealism of traditional portrait painting, while short circuiting its romantic air through the camera's unrelenting realism. Taking almost the opposite approach, Eileen Murphy's Second Bridge, through traditional painting technique and ordinary subject matter, lends an otherwise ancillary location a level of gravitas. But perhaps the most significant of photography's effects reaches beyond fine arts, to visual experience in general. The glut of visual imagery experienced in our day-to-day lives generates not only new ways of seeing our world, but expands the possibility for collective experience. Guy Ambrosio's barren meditation on the iconic imagery from Abu Ghraib speaks to this phenomenon.