A 30-minute split screen projection. This near silent documentary artfully illustrates the dichotomy of the archaic lifestyle of a small village in central Russia to that of the rising capitalist mentality of the modern city. 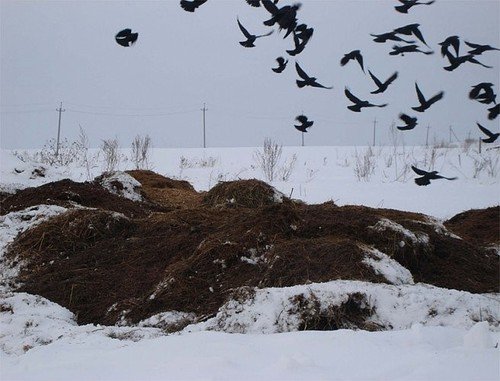 GERING & LóPEZ GALLERY is pleased to present a solo exhibition of new work by British filmmaker and photographer, Hannah Collins. The exhibition will include her most recent film, A Current History, and a series of photographs and mixed media works related to the film.

The 30-minute split screen projection of A Current History captures Collins' recent exploration of Post-Soviet Russia through the eyes of the Chiline family. This near silent documentary artfully illustrates the dichotomy of the archaic lifestyle of a small village in central Russia to that of the rising capitalist mentality of the modern city.

Shot in the remote village of Beshencevo, situated on the outskirts of Nizhny Novgorod on the confluence of the Volga and Oka rivers, evidence of the infiltration of modern sensibility is highlighted throughout the film. Yosha, the son, is addicted to slot machines, something his mother Zinaida, a Roma gypsy living in the old peasant way unaware of the possibility of change, criticizes him for. His desperate young wife makes daily visits to the church to pray for a cure for her husband's addiction. Valentine, the highly intellectual father and the one person in the village who speaks English, travels to the Volga shore to put a ribbon on the wishing tree, hoping for happiness.

The schoolmistress has been teaching at the old village school for forty years; now there are only a handful of children left, mostly Kurdish migrants who have never even seen a computer. Their educational diet contains poetry by Pushkin and the history of their Soviet village but no recent information. Maxim, another member of the Chiline family, goes to work daily in a vodka factory in the city. There, we also meet its owner, a symbol of the new Russian Capitalist. We are constantly reminded of past and future colliding. A Current History gives the viewer an honest understanding of the pain and joy that fill the lives of the village inhabitants. One comes to admire the humor and strength that helps them overcome the difficulties of the old regime and adapt to the changes and contrasts of daily life in contemporary Russia.

Collins, along with her multinational crew, traveled to Russia for fourteen days where they were met with adverse conditions such as filming in temperatures of minus twenty degrees. After following a script written by Collins and Chiline (one of the Russian sons, now living in Amsterdam) the crew returned to London with seven hours of footage, which has since been edited into two versions of the film: one for gallery/museum exhibition and one slightly longer cinematic version.

Hannah Collins studied at the Slade School of Fine Art, University of London followed by a Fulbright Hays Scholarship in the US. From 2001-2004 she held the position of Professor of Photography at the University of California at Davis. In 1993 she was nominated for the Turner Prize and in 2001 received the Olympus award. Her work is in many international collections including the Tate Modern, London; the Victoria and Albert Museum, London; the Pompidou Centre, Paris; the Walker Art Museum, Minneapolis; and the Luxembourg Museum.

Collins' recent film projects include La Mina, a five channel video projection from 35mm film featuring the community of gypsies of La Mina in Barcelona, which has been exhibited in numerous museums and art venues; Parallel, a three channel video work about three African protagonists who have recently migrated to European cities, is currently in production, and is being funded by Arts Council England and produced by Basilisk Communications London.