Not right but wrong

This show examines the politics of representation and exhibition standards in the presentation of art. Spatial and contextual conditions of the exhibition space, the creation of publics, the activation of space and constellations of power between artist/curator/ visitor/institution are used as material, as are the creative processes resulting in the works themselves. 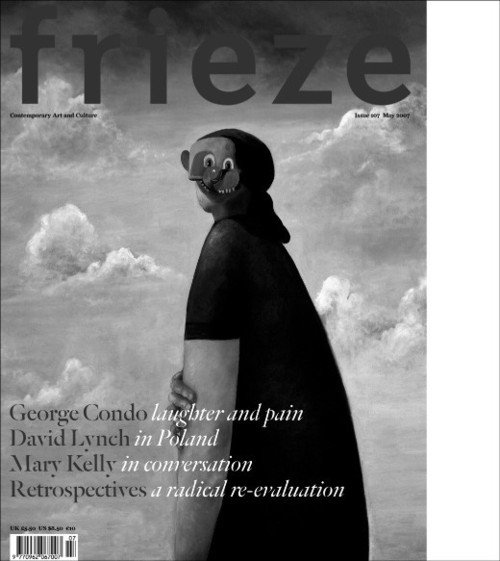 NOT RIGHT BUT WRONG examines the politics of representation and exhibition standards in the presentation of art. What do we see when we enter an exhibition? Or to put it another way: What do we not see, and why? Amidst the rush to found new galleries and the ever-growing number of curated exhibitions––especially visible in the creative Eldorado of Berlin––NOT RIGHT BUT WRONG focuses attention on exhibition practice itself. Engaging with the specific character of JET (a young project space whose 2007 program focuses on the theme of “Der Fehler” – German for failure/error/mistake) and with the curatorial brief (to use failings as an instrument to analyze the norms of presentation), Famed, Katrin Mayer and Michael S. Riedel developed new works for the show. In each case, error is deployed not as a violation of the rules, but as a way of destabilizing standards. Spatial and contextual conditions of the exhibition space, the creation of publics, the activation of space, heterogeneous relational networks, and constellations of power between artist/curator/ visitor/institution are used as material, as are the creative processes resulting in the works themselves.

The exhibition does not aim to evaluate exhibition norms. In the sense of “displicare” (Latin for ‘unfold,’ ‘display’), it is more about rendering public an exhibition praxis that is influenced by a “relational antagonism” (Claire Bishop) and decentralized perspectives to mobilize multilayered subjective relations and social realities. The inclusion of error leads Famed to use the exhibition space as a diagram of presentation categories, while Katrin Mayer uses the display window to manifest the ambivalent relationship between protection and fragility, and Michael S. Riedel reconfigures the current issue of the British art magazine frieze as an exhibition object in the form of a misprint.

Michael S. Riedel bases his work on the doubling up of formats (art magazine, exhibition) or situations (art fair presentation, exhibition opening). In many cases, text becomes a visual medium for these processes. Besides confusion, the duplications generate above all both a temporary and subjective plurality of viewpoints, posing the central question of the point of view being taken. In Riedel’s work, codes of representation, the more established the better, become a brilliant source of errors. For NOT RIGHT BUT WRONG, Michael S. Riedel has configured the British art magazine frieze as an exhibition object: during the show, the latest issue of frieze (May 2007, Issue 107) will be created as a misprint; the artist intervenes to break the standardized printing process. The magazine thus loses its function as an opinion-forming information medium, becoming instead a printed object emptied of image and text. The intervention in the printing process changes the magazine into both a potential art commodity and an autonomous exhibit. What emerges here is a deliberate simultaneity of realities that oscillates between small independent gallery and art fair (frieze initiated the Frieze Art Fair), between dependence and pirarcy.

Another point of reference for NOT RIGHT BUT WRONG is provided by the ideas of the U.S. cultural historian Scott A. Sandage, whose book Born Losers - A History of Failure in America (2005) explains how today’s terminology of failure is derived from the language of entrepreneurial capitalism and banking in the early 19th century, when the credit-worthiness of borrowers was institutionalized by the definition of fixed standards. Today, we use ratings like A1 in all fields of life, including art. We are both consumers and (re-)producers of these concepts. Hamburg artist Katrin Mayer uses formal and visual components (e.g., stripes, squares) to analyze cultural norms.

Her focus is on themes such as gender-specificity, the constitution of the subject, and consumer society. It is no accident that the glut of handbooks on successful shop window design published in the 1950s coincided with a theoretical analysis of the society of the spectacle: the realism of consumer society obeys a media logic according to which experience of the world is mediated through the filter of the representability of that world. In Katrin Mayer’s new work, the JET window display stands as an interface between vulnerable fragility and defensive protection on both sides of the glass, and for relationships mediated through images (Guy Debord). The aspect of panic plays an important part when economic standards provoke protests, but also when constructed realities begin to crumble and it becomes increasingly difficult to distinguish between fiction and reality.

The artists’ collective Famed from Leipzig (Sebastian Matthias Kretzschmar, Kilian Schellbach, Jan Thomaneck) typifies a conceptual approach focusing on the exhibition space and context that has emerged in recent years at the city’s Academy of Visual Arts—in reaction, one might argue, to the figurative paintings of the so-called Leipzig School. “Since 2003, Famed has operated on a series of art world terrains with different practices and modes of production. The name Famed stands for an enquiry into fame as a motivation for artistic production, also functioning as a logo and label for the group.

But as Famed powerfully demonstrate in their works, fame is a conglomerate of different forces and weightings in the field of art whose effects are hard to anticipate or calculate. A central aspect of their work is therefore always the question of the possible autonomy of art.” (Tina Schulz). For NOT RIGHT BUT WRONG, Famed use the exhibition space as a kind of studio situation to generate a new piece that works directly with the spatial and contextual standards of JET. Existing works like GOOD NEWS FOR PEOPLE WHO LOVE BAD NEWS (video, 2004) are used as material for their site-specific exhibition praxis, as well as architectural disturbances and deliberate implementations of errors, not least as a way of forcing the viewer to make conscious decisions.