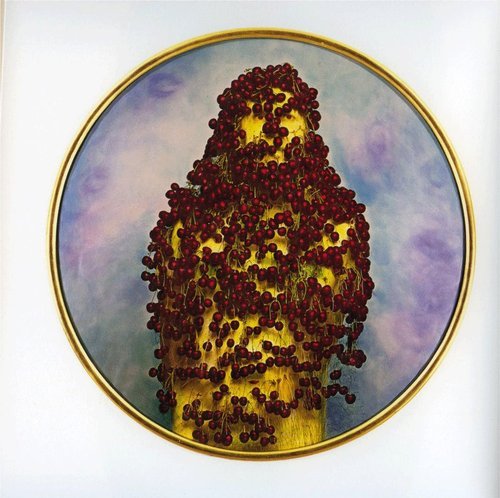 Bortolami is pleased to present AnamorPoses, Luigi Ontani’s first New York gallery exhibition in ten years. This show will consist of more than 30 photographs and sculptures that date from 1970 through 2007. Using his body as his primary tool, Ontani portrays allegorical and mythical personas in media ranging from performance, to photography - both holographic and regular - to ceramics made in collaboration with the Bottega Gatti the traditional method developed in the Italian town of Faenza. The artist’s self-portraits utilize the archetypes of heroes, deities and martyrs found within Western art history, mythology, religion and the collective unconscious to recreate immediately recognizable figures such as St. Sebastian, Medusa, Bacchus as well as the gods from Mt. Olympus. Ontani’s work is similarly informed by Eastern religions, customs, and deities as the artist has spent considerable time living and traveling in Southeast Asia and the Far East.

Ontani broke away from an older generation of Italian artists embedded in the arte povera movement of the 1960s and 1970s by creating blatantly self-referential tableaux vivants, craft objects, sculptures and hand-painted photographs. Ontani’s re-imaginations supersede the inherent radicalism of any defined movement. By using his body and face as the starting point for much of his work, the artist is liberated to express himself with greater depth and intensity. Ontani’s work anticipates many contemporary artists whose work addresses shifting or fictional identities such as Lucas Samaras, Cindy Sherman and Yasumasa Morimura. The title of the exhibition, AnamorPoses, is a pun on the idea of anamorphosis – an image that appears distorted unless viewed at a specific angle. The artist plays with this concept by posing in unusual positions and scenarios.

Luigi Ontani was born in Italy during World War II. He currently lives and works in Rome. His work was included in the exhibition Transformer at Kunsthalle, Lucerne in 1974. In the 1970s he performed at The Kitchen and exhibited at Sonnabend Gallery in Paris and in New York. Ontani has recently held solo exhibitions at the Acquario Romano in December 2000, P.S.1 Contemporary Art Center in March 2001 and at the Stedelijk Museum voor Actuele Kunst in Ghent in 2003.

For more information please contact Nicole Will at 212-727-2050 or Nicole@bortolamigallery.com