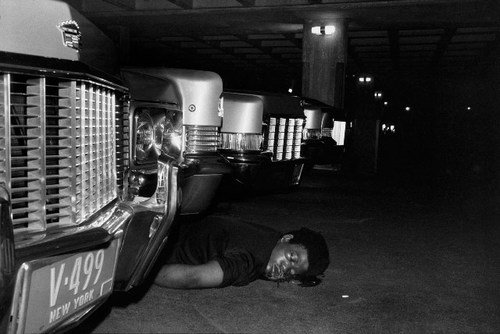 Leonard Freed is one of the twentieth century's most prominent documentary photographers. His photographs have graced the covers of major newspapers and magazines around the world on numerous occasions. A member of the famous Magnum cooperative, Leonard Freed ranks among the giants of twentieth-century photojournalism. His work is considered a milestone in what has been aptly called "concerned photography". Organized and curated by the Musée de l'Elysée, in collaboration with Magnum Photos, Paris and the Fotomuseum, Den Haag, this retrospective is the most ambitious exhibition of Freed's work ever produced. It spans his full fifty-year career, including his coverage of the Israeli-Palestinian conflict, the American civil rights movement, the period of post-war German reconstruction, and the Romanian revolution. Among other highlights of the exhibition is a selection of work from his famous project on the police, which culminated in a landmark publication, Police Work. Freed's vision is sharp, insightful and critical.

Leonard Freed was born in 1929 in Brookyln, New York, to a working-class Jewish family from Eastern Europe. In 1972, he moved from the Netherlands to New York, joining the legendary agency, Magnum Photos. Many of Freed's photographs have been published in the international press. He also published two other thematic books : Black in White America and La danse des fidèles. Leonard Freed died in Garrison, New York, on November 30, 2006.

This exhibition has been realised with the help and the commitment of Leonard and Brigitte Freed. I has been produced with Magnum Photos, Paris and the Fotomuseum. La Haye.