A wide range of activities 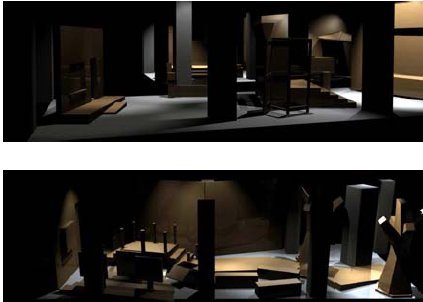 Borderline is a Beijing-based urban palimpsest evolving over a 12 months period into a 9-days main event held annually at the end of June.
It is developed trough a wide range of activities centred on the identity of the moving image, and predicated on the hybrid nature of the contemporary cultural one.

This venture looks at promoting itself as a continuous experience extended throughout by means of customized events, special projects, on-going workshops and educational programmes in collaboration with different local and international institutions and educational structures: as a urban laboratory it promotes an intellectual nomadism delivering always renewed forms of communication and production.
Concretely we envision this endeavour as an experience-making machine which will progress in a series of actions/events (locally and internationally) representing participation and narration, while culminating in a constructed sequence of projects unfolding throughout different spaces and locations around the city.
A scenario of liquid disciplines, Borderline will be drawn as a long cord over-imposing the city, a narrative achieved by sets of exhibitions, performances, workshops, lectures, concerts, public screenings that will guide people into a sited reading of the city, an urban story-telling in the form of a modular mobile lab.

Bridging perspectives from installation, short film, documentary, animation, performance and music, sound art, new graphics, architecture and design, Borderline will be forged as a cadenced experience from point to point, like a dilated vision appropriating the city, a temporary firmament which instead of blowing the city up will progressively reveal one of its possible universes onto its flowing fabric.