Automatic Update. The dot-com era infused media art with a heady energy. Hackers, programmers, and tinkerer-revisionists from North America, Europe, and Asia developed a vision of art drawn from the technology of recent decades. Robotic pets, PDAs, and the virtual worlds on the Internet provoked artists to make works with user-activated components and lo-res, game-boy screens. Now that "new media" excitement has waned, an exhibition that illuminates the period is timely. Curated by Barbara London. Young Architects Program 2007 features the proposals of the five finalists of the MoMA/P.S.1 Program for a temporary construction at P.S.1. 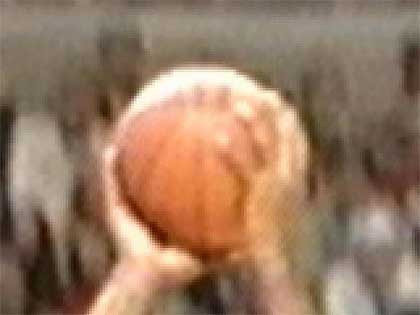 The momentum of the dot-com era infused media art with a heady energy, artists, many switching from analog to digital equipment, tried their hands at a range of newly invented art forms. They built interactive installations, electronic publishing networks, and art for the Internet. Technology evolved so fast that in some cases an art form may have disappeared while an artist’s work was still in the making.

By the year 2000, this quasi-revolutionary aura had dissipated and media art had settled into the mainstream. Automatic Update features several installations from this later period. They are mature works that ease the somber mood of the times with entertaining presentations. Nevertheless, their humor does not soften their biting commentary on our social milieu. What at one time was Pop art has now become pop life.

A related series of films and videos is screened in the Titus Theaters from July 7 to September 2.

Technology and art ride together on a tidal wave of imagination, and many media artists delight in exploiting the latest technological developments. Arcangel, however, works with the detritus, the junk left behind as the cutting edge slices into the future. Here, Arcangel—known internationally for his subversive reworkings of obsolete computer systems—contemplates what media art would look like if the engine of consumer innovation had stalled at the development of the VCR (video cassette recorder).

Arcangel grew up in Buffalo and received a Bachelor of Arts degree in music from Oberlin College. He participates in the artist group BEIGE and the Radical Software Group. Source codes for his projects are available on his Web log at www.beigerecords.com/cory.

The word “icon” used to denote objects of worship—images or sculptures. Now, the word refers more commonly to company logos and the thumbnail images on computer screens you double-click to activate an application. Icons are ubiquitous symbols providing information without words, antidotes to misunderstanding in the enveloping sphere of world languages in the global electronic network. With Book from the Ground, an ongoing project, Xu Bing intends to foster communication through a common language of icons.

Xu Bing was born in Chongqing and received a Master of Fine Arts degree from the Central Academy of Fine Art, Beijing, in 1987. He has resided in New York since 1990. His work can be viewed online at http://www.xubing.com.

Could a chimpanzee pecking randomly at a typewriter reproduce Shakespeare’s Hamlet? The question gave twentieth-century philosophers, mathematicians, and sundry other academics a platform on which to strut their erudition. Now the question needs an update, because today if a savvy chimp hit the right key, a computer would simulate all the random typing. An ambitious simian scribe might start a successful writing career with Lozano-Hemmer’s grammatical software program. It processes random-access words to form questions at a modest rate of thirty-three per minute. Words or questions entered by viewers become part of the program’s database.

Lozano-Hemmer spent his childhood in Mexico City, where he was born, and his teenage years in Spain. He graduated from Concordia University, Montreal, in 1989, with a Bachelor of Science degree. In 2007 Lozano-Hemmer represents Mexico at the Venice Biennale. His work may be viewed online at http://www.lozano-hemmer.com.

Many moviegoers remember and yearn for the good old days before high-decibel action in surround sound took over the super-wide screens of cinemaplexes. The McCoys undertook to bring films down to manageable dimensions—they reduced the car accident in Jean-Luc Godard’s film Week End (1967) to tabletop size. A brief stroll around the installation provides the full impact of Godard's masterpiece, more or less.

Jennifer McCoy (born Sacramento) and Kevin McCoy (born Seattle) have worked together since 1990, in video, installation, media, and performance. Their work may be viewed online at http://www.mccoyspace.com.

For some kids, the dream of becoming a basketball star overshadows hope for eternal salvation, and adults as well strive for a “big score” now and then. For many, a video of a basketball hovering over a hoop has come to signify the highest worldly achievement. The title of this work refers to the Gospel of John in the Bible, specifically the line, “For God so loved the world, that he gave his only begotten Son, that whosoever believeth in him should not perish, but have everlasting life.”

The conjunction of this religious sentiment with professional sports, and therefore with celebrity, suggests that markers of success often substitute for traditional objects of worship—the cross may be taken down from the wall and replaced by a basketball hoop. Born in Honolulu, Pfeiffer spent his childhood in the Philippines. He came to New York in 1990 and attended Hunter College and the Whitney Museum Independent Study Program. Pfeiffer works in video, sculpture, and photography. His work may be viewed online at http://www.elproyecto.com.

This exhibition features the proposals of the five finalists of the MoMA/P.S.1 Young Architects Program for a temporary construction at P.S.1. Now in its eighth year, the program calls on emerging architects to create an installation in P.S.1's courtyard, which will serve as the setting for Warm Up, P.S.1's celebrated summer music series. The designers present engaging architectural solutions that modulate sun, shade, and water in this outdoor space. This year's finalists included Ball-Nogues (Los Angeles), Gage/Clemenceau Architects (New York), IwamotoScott (San Francisco), Mos (Cambridge/New Haven), Ruy Klein (New York).