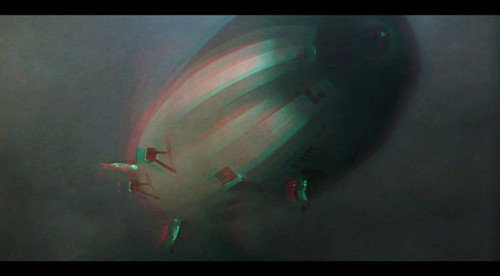 In 1933 the Swiss astronomer Fritz Zwicky tried to estimate the total mass of a group of galaxies by measuring their brightness. When he cross-checked the result using a different method the result he obtained was 400 times larger than his original estimate. What started then has since plunged astro-pysicists into a dilemma - in order to maintain the idea that the laws of physics remain valid despite of this mass discrepancy, they had to include an unknown, variable mass into their calculations: dark matter.

As a concept, this strategy can be similarly applied to contemporary life, where the relations between perceived cause and effect seem more and more disconnected and unknown variables need to be introduced in order to keep our systems of signification functioning. The exhibition 'dark matter' brings together five artists whose works, in very different ways, incorporate an element of inexplicable connection.

Timo Nasseri's sculpture 'Muqarnas' is based on the complex dome structures of the same name, that are characteristic of Islamic architecture, and that have presented scientists with a paradox similar to that of dark matter. Based on a geometry that is so complex that modern mathematician have not been able to understand it until the early 1970s (although most of the buildings date from the 15th century), they can be considered to be paradox objects: based on only five basic shapes, the resulting pattern can be continued without ever repeating itself, thus creating a level of man-made complexity that does not exist in nature. Within them exists a duality of eternal repetition of a basic shape, without repetition of the global structure. It can thus be considered, that these structures carry the potential of a whole universe within them. Nasseri's sculpture consists of 500 mirror pieces that have been cut and assembled according to the same calculations, but that, rather than forming a dome, are build into the wall facing the viewer. In a sense it's presentation can be compared to a classic mirror, only that instead of giving a simple reflection of a superficial appearance, it breaks the self-image apart into a complexity that has a metaphysical aspect.

Next to it Laurent Montaron's 'Sans Titre (après la sonosphère d'Elipson)' presents another geometric object in the shape of a suspended dodecahedron. Build into it, twelve loudspeakers emit a minimalist piece of music, performed by a string orchestra. To make this piece, the artist asked the members of the orchestra to tune their instruments not to the ‘lah’ of the oboe, but to a phone dialling tone. This continuous note is transmitted like a bourdon, progressively fluctuating as it evolves imperceptibly to cover all the notes of the scale. During the 10-minute recording, the musicians attempt to tune their instruments to this monochord melody. The almost static music is enveloped in dissonant harmonies going from ascending movements to decelerations close to falling. The six tracks on which the piece was recorded are played synchronously on the twelve speakers, provoking a slight effect of phasing according to the position of the spectator vis-à-vis the ball. At the same time, the installation allows the recording to exist spatially and gives it a veritable, but invisible corporeity. The sound functions like dark matter, invisible but exerting influence on the space around it.

Laurent Montaron's film 'What remains is future' is referring more or less directly to the ‘Hindenburg Disaster’ and is in a way also a portrayal of a juncture between contemporary history and progressive utopia. The use of the Zeppelin enables Laurent Montaron to focus on some of the preoccupations that permeate the whole of his work. Like other objects, places and dates, Zeppelins have slowly but surely been replaced by a myth that is so strong as to sometimes entirely eclipse the reality of events. The Zeppelin carries within itself its own fictional future. Not only does it refer to a specific episode in history, it calls to mind a host of other memories from cinema, literature and the collective memory.

In a similar way Matt O'dell's work 'In God we Trust' and Timo Nasseri's 'New Rome' take up instances in which apparent clear facts can be interpreted in reference to a multituide of underlying 'factual' possibilities that are determined by an intangible force. Dealing with paranoia and obsession, In God We Trust takes its starting point from a conspiracy theory, according to which the American gouvernement has been involved in the attacks of September 11th and that the plans have been hidden on the dollar notes. While being a highly paranoiac notion, coincidence has it, that folded in a certain way (that resembles four planes) the bank notes are supposed to reveal the sequence of events: 5$: the twin towers before, 10$: the moment of impact, 20$: the collapse of the building and 100$: smoke rising from the rubble.

The neon writing of 'New Rome' formally refers to the signs that can be found advertising cheap motels along the American highways. It evokes a nostalgic idea _of freedom and optimism, but also carries a contradictory underlying signification that undermines the initial romantic notion. Throughout history the idea 'New Rome' has been a powerful image that has been often evoked, but that has changed in context so many times, that the sum of its meanings becomes contradictory. Today 'New Rome' is predominately used to refer to "political immorality", casting any large and powerful country into the role of an oppressive and expansionistic empire, and has often been applied in relation to US foreign policies. It is in the way that an image associated with a romantic idea of Freedom and non-conformity (the motel, the road trip), gets overshadowed by a more sinister connotation of violence and oppression, that the work is subject to an inherent friction.

The first in a series of modular sculptures, Chris Cornish's ‘module 01, witness / transporter’ is the result of a complex process of digital archeology. An extraction from a contemporary computer game, the sculpture represents a meeting point of real and virtual, violence and contemplation. The crater has become a familiar icon in modern history; a strange, magical interruption through architecture and landscape which bears witness to a lost event - a looking glass fused in a moment of omnipotent disorder.

Franziska Furter's installation 'Airborn 01' and her drawing 'One more breath' create a focus in the exhibition that link the other works to the initial cosmic notion of 'dark matter'. In 'Airborn 01' a minimal structure consisting of three white slates of polystyrene exists in contrast to a number of spiky black wooden objects.
Each of the black elements draws the gaze of the viewer to a point in the center and is originally inspired by black holes, cosmic phenomena that have a gravity so strong that they even pull in light. The large scale black and white drawing 'One more breath' depicts a landscape that is subject to an undefinable black mass. While the base of the drawing seems to fade into nothingness, it is this dark force that becomes the main focus.