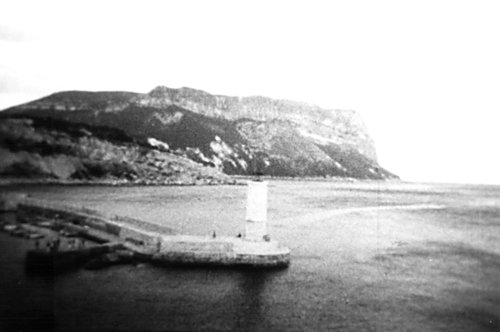 Maya Stendhal Gallery proudly presents Universal Language & The Avant-Garde, a show exploring the creative relationship between artists Hans Richter (1888-1976) and Viking Eggeling (1880-1925). Each believed that art had the ability to communicate a universal language, permeating national borders and understood by all. Their abstract films have become premier examples of avant-garde cinema and continue to inspire today’s most innovative filmmakers. The show includes Richter’s classic films Rhythmus 21 (1921), Rhythmus 23 (1923), and Ghosts Before Breakfast (1928); with gesture drawings that accompanied the film’s conceptual process. Eggeling’s abstract film Symphonie Diagonal (1925) will be on view in combination with twenty-six rare, never before exhibited studies and drawings, giving new perspectives on the work’s creative development. In addition, avant-garde filmmaker Jonas Mekas’ Birth of A Nation (1997) will be shown as a testimony that the avant-garde’s collective vision is still very much alive today. Universal Language & The Avant-Garde offers unique insight into this philosophical approach to artistic creation that has linked the avant-garde throughout the past century.

In 1918, Tristan Tzara, a founding member of the Zürich based Dada movement in art, introduced German artist Hans Richter to Swedish painter Viking Eggeling, prominent figures already involved with Switzerland’s avant-garde group that included Hugo Ball, Hans Arp, Marcel Janco, and Richard Huelsenbeck. In theory and practice, each artist had been independently experimenting with abstract form in an effort to create a new method of visual communication. According to Richter, Eggeling was far beyond him in realizing this, recalling, “He had succeeded in articulating a complete syntax of form on the basis of line, which he called ‘Generalbass der Malerei.’ I was passionately impressed.”,1 Eggeling and Richter worked closely together for the next three years.

Drawing studies conveying abstract form, line, and space in a sequence of patterns on long pieces of paper were carried out. Eggeling’s dominant motif was linear form and experimentation led the artist to create his first scroll picture Horizontal – Vertical Mass (1919). Richter focused on the formal element of the plane, ultimately creating his first scroll Preludium (1919). These works, through specific formal relationships articulated in a series of contrasts, displayed what the artists perceived as continuity, a distinct visual quality that “prompted them decisively to introduce the term language”2 to their practice.

In 1920, Eggeling and Richter wrote the pamphlet “Universelle Sprache,” now no longer in existence. The manifesto connected abstract form to the notion of a universal language. Richter later wrote:

“This pamphlet elaborated our thesis that abstract form offers the possibility of a language above and beyond all national language above and beyond national language frontiers. The basis for such language would lie in the identical form perception in all human beings and would offer the promise of a universal art as it had never existed before. With careful analysis of the elements, one should be able to rebuild men’s vision into a spiritual language in which the simplest as well as the most complicated, emotions as well as thoughts, objects as well as ideas, would find a form.”3

Abstract form allowed art to return to its social function, by expressing true meaning through evoking pure, natural emotions and ideas, untainted by social, cultural, and national realities. Reflected on paper, abstract form rhythmically expressed took on the appearance of movement. Understanding that movement is limited by drawing and painting’s inherent properties, Richter and Eggeling moved their experiments to film. Richter wrote of this pivotal transition in medium, “it was just one of those steps by which the idea of the realization of motion took first form…But it became obvious that the scroll’s implied movement meant, in the last instance, film.”4

While highly respected during his lifetime, Eggeling is rarely referenced alongside his more known contemporaries. As early as 1902, Viking Eggeling was progressing towards the idea of a universal language in art, writing that he “had made all kinds of attempts to construct a new communication machine.” In the earlier, more figurative drawings of landscapes, coastlines, and villages, Eggeling treats form differently, focusing of the abstract properties of objects belonging to the natural world. Trees and village houses are reduced to the essence of form, becoming more of a sign or symbol of what each represents in the real world, rather than the object itself. In the later drawings, lines appear to be in a kinetic frenzy through a rhythmic presentation of opposites reaching a critical point in which the flat, static surface of the paper can no longer contain them.

In Symphonie Diagonal (1925), Eggeling applies an objectively analyzed movement of forms emphasizing line in which verticals contrast with horizontals, straight with curved, light with dark, strong with weak, disappearing with emerging. Various ‘expressions’ of line are presented at a controlled, mechanical tempo, revealing the film’s acute observation on the organization of time intervals. Richter later wrote, “The principle of counterpoint in mind is not limited to music. For us it was more than a technical device; it was a philosophic way of dealing with the experience of growth.”5 Eggeling referred to his early drawing experiments as ‘orchestrations’ and the film’s title suggests musical associations. The film’s visual imagery has a melodic quality, like a musical composition visually expressed.

Hans Richter’s rare archival documents and gesture drawings present crucial historical information to understanding his prolific career as an artist and teacher. Richter’s personal notes and letters reveal underlying themes and issues that motivated him in avant-garde film theory and practice. Documents discuss his crucial role within the Dada movement and the ideas and concerns that made it one of the most significant philosophies in modern art. Richter served as Director of the Film Institute at City College, New York from 1942-1956 and lectures from his tenure expose just why later filmmakers continue to look to him for inspiration.

Richter explored the “interplay of surfaces” in his drawing studies.6 Experimenting with surface planes, he conceived form in opposite terms through focusing on form’s unique ability to be articulated in positive and negative, or black and white. The paper’s surface pulsates, as formal relationships continually shift and planes seem to project forth and recede back into the picture plane. As the eye moves along, the dominant, larger form at a one point in the drawing immediately becomes the weak, smaller form. This constant shift in formal relationship produces a visual effect in which squares and rectangles could leap from the paper’s surface.

In Rhythmus 21 (1921), emphasis is on the geometric forms of square and rectangle, articulating in a series of rhythms and tempos to indicate time, similar to the arrangement of a musical composition. These forms are expressed in alternating patterns, exploring their positive/negative properties at varying, yet controlled rates of fast/slow, near/far, large/small, and static/dynamic, continually eliciting immediate, unaffected responses from the viewer. Richter wrote, “So I made my paper rectangles and squares grow and disappear, jump and slide in well-articulated time-spaces and planned rhythms.”7 As form moves in varying speeds, sizes, and appearances, memory of the last image is demanded throughout the film’s duration, further accentuating the passage of time.

In the surrealistic film Ghosts Before Breakfast (1928), Richter’s earlier rhythmic articulations of abstract form become frequenting images of the irrational and fantasy. Rhythmic, yet unrelated scenes of clocks hurrying time on, men stroking beards, and pistols are linked together by recurring images of floating bowler hats. The gesture drawings lend to a further understanding of the film’s conception and meaning. Later, Richter would write, “What is gesture? First, it is movement. Second, it is a direction – giving sign. It is a dance, a statement of thoughts, a melody, a challenge, a question or an answer.”8 Rigidity of structural form gives way to uncontrolled, organic visual elements, echoing surrealism’s quest to liberate humankind from the social structures that suppress natural desires and impulses.

Eggeling worked on Symphonie Diagonal for nearly four years and the film’s first public screening was on May 3, 1925. Eggeling died shortly after the film’s premiere on May 19th. Richter continued working in experimental cinema, eventually abandoning abstraction for representational forms in later films. This shift is viewed as Richter’s “need for his message to be heard and understood,” critically addressing the economic, social, and cultural issues of the time. 9 In 1941, Hans Richter moved to the United States where he continued to be an influential figure among the younger post-war generation of avant-garde artists as well as the international modern art world.

“By the time I met Hans Richter I was ready to jump into the avant-garde cinema. I had just read Art of Cinema, which I found very inspiring. I found his film Dreams That Money Can Buy a very exciting moment. He was there like a father standing on the side. He represented the past, which was still inspiring – the avant-garde of the 1920’s and 30s. He was and inspiration to all of us; the early avant-garde as a whole had an impression on all of us.”10

Richter went on to teach his theories and technique to film’s next generation of avant-garde filmmakers including Mekas, Frank Stauffacher, Shirley Clarke and Maya Deren. Mekas introduced many of these ideas to friends and collaborators Andy Warhol and George Maciunas, the impresario/creator of the international Fluxus movement of the 1960’s. Fluxus activities also aimed to brake down national, cultural, and social barriers, in which all would understand the ideas and meanings conveyed through art.

Best known as the inventor of Diarist Cinema, Jonas Mekas created Film Stills and Installation Quartet: Birth of a Nation (1997) as evidence that a “collective memory” of the avant-garde continues to exist, grounded in the philosophy of Eggeling and Richter. He has critically chosen the title in which ‘Nation’ refers to the society of independent filmmakers who remain at the underbelly of traditional cinema. Rhythmic presentation of abstract form is replaced by flickering glimpses into the lives of today’s often-unnoticed avant-garde. Included are fleeting portraits of his inspirational mentor Hans Richter, as well as Stan Brackage, Harry Smith, Paul Sharits, Jerome Hill, Andy Warhol, Kenneth Anger, Barbara Rubin, Jack Smith, Allen Ginsberg and many more. National boundaries were invisible to the universal language of Richter and Eggeling. Similar to Eggling and Richter’s belief that rhythmic articulation of form could unite all humankind, these ‘splices of life’ when viewed in cinematic sequence, bring together the 160 members of the independent film community Mekas has captured with his camera over four decades

1 Hans Richter, “Step by Step: An account of the transition to the first abstract films 1919 – 21,” Studies in the Twentieth Century, a Scholarly and Critical Journal, Russel Sage College, Troy, NY 2
(Fall 1968): 1.

2 Hans Richter, “Step by Step: An account of the transition to the first abstract films 1919 – 21,” Studies in the Twentieth Century, a Scholarly and Critical Journal, Russel Sage College, Troy, NY 2
(Fall 1968): 1.

3 Hans Richter, “My Experience with Movement in Painting and in Film,” in The Nature and Art of Motion (New York: George Braziller, 1965), 144.

4 Hans Richter, “Step by Step: An account of the transition to the first abstract films 1919 – 21,” Studies in the Twentieth Century, a Scholarly and Critical Journal, Russel Sage College, Troy, NY 2
(Fall 1968): 2.

6 Hans Richter, “Step by Step: An account of the transition to the first abstract films 1919 – 21,” Studies in the Twentieth Century, a Scholarly and Critical Journal, Russel Sage College, Troy, NY 2
(Fall 1968): 1.