A Show About Trust 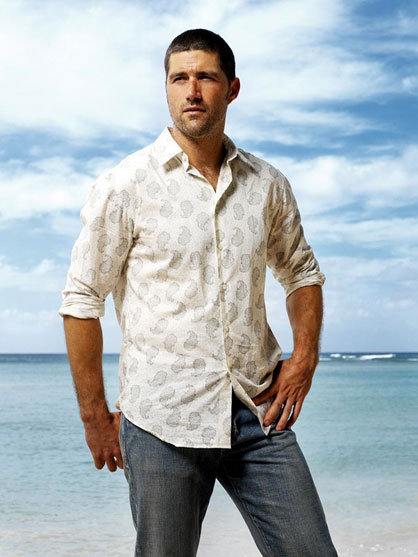 A Show About Trust

Handsome Young Doctor is a show in which trust – in manifest form and places of greater safety, in amorous encounters and visions of the future – is solicited, given, and now and then disgraced. Suffused with muted atmospheres of sex and sci-fi, the exhibition is concerned not so much with diagnosis as with bedside manner. The title Handsome Young Doctor does not necessarily denote medical subject matter (there are no pills or scalpels here), but rather the thing we seek in times of trouble, the thing that offers cure or comfort, the face that commands our needful faith.

General Idea's seminal, seldom-shown video Hot Property (1978-81), is a sci-fi movie in which a fictional museum, the 1984 Miss General Idea Pavilion, is destroyed by fire on the evening of its opening. The piece concludes with the words "mystery will make the pavilion rise again", and we might imagine the other works in Handsome Young Doctor as artifacts salvaged from its ruined gallery spaces that, huddled together here, find a measure of solace in each other's company.

Saâdane Afif's Memory of Fire (2003) is comprised of a provisional piece of exhibition furniture (knocked up, perhaps, to hide a DVD player from view), on top of which rests the bibliography of a found PhD thesis-in-progress on Anarchist and Libertarian societies in science fiction. In this work, the thing that supports the future is a non-thing, an object so modest that it has no proper name.

Peter Newman's Metatron's Cube (2007), is named after a geometric pattern that contains all 5 platonic solids in orthogonally flattened form, which is said in early Kabbalist scriptures to have been created from the soul of the angel Metatron, the Voice of God. In Newman's work, this device is cut from a sheet of Space Blanket, a fabric designed by NASA is 1964 to protect spacecraft on their re-entry to the earth's atmosphere, resulting in a piece which echoes the sci-fi mysticism of the films Solaris (1972), Silent Running (1972) and Sunshine (2007).

Rannvá Kunoy's paintings draw on both high Modernists such as Willem De Kooning, and anonymous sci-fi illustration. Flickering between abstraction and figuration, her work, shown here for the first time in a UK public gallery, seems to be caught up in a perpetual process of becoming. If there are ghosts in these paintings – of a face, of a sun, of some trembling cosmic placenta – they belong not to the past, but to a future that will never quite arrive.

Roger Hiorns' Untitled (2007) is comprised of a shoal of disposable contact lenses, scattered on the gallery floor in a manner that suggests a haphazard Felix Gonzalez Torres. Hardened by their exposure to the air, these protein-slicked objects bring to mind frogspawn, semi-precious stones, or scabs picked from the knees of a mineral God. The act of seeing, here, is invested with vulnerability, and maybe a serial ennui.

Grant Morrison & Frank Quitely have collaborated as writer and artists on numerous cult and mainstream comics, including The Invisibles (1994-2000), New X-Men (2001-4) and We3 (2004). Handsome Young Doctor presents an original penciled page from their current comics project All Star Superman, which shows the title character giving his lover Lois Lane his powers in liquid form as a birthday present. This scene takes place in The Fortress of Solitude, a museum built by Superman in the arctic wastes where this alien creature retreats to ponder his own apartness from humanity, and his attempts to overcome it.