100 posters for a century

In collaboration with the Museum of Design Zurich 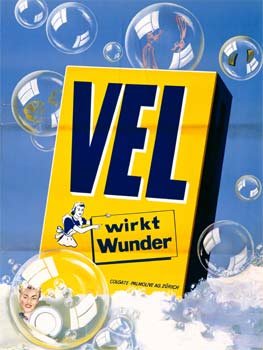 The Foundation presents the only showing in Spain of the exhibition 100 posters for a century, organised in collaboration with the Museum of Design Zurich.

Things important and trivial, honest wishes and downright lies, matters of great relevance and others of little import, politics and social conflict, consumerism and advertising, leisure and culture: all of these themes are present in the work of Jules Chéret, Alphonse Mucha, Henri de Toulouse-Lautrec, Pierre Bonnard, Max Pechstein, Käthe Kollwitz, Gustav Klucis, Lazar El Lissitzky, Cassandre, Jean Carlu, Andy Warhol, Peter Gee, Oliviero Toscani or David Tartakover, to mention but a few of the artists whose work has been included in an exhibition in which the ephemeral message with immediate impact, designed for urban outdoor spaces, is transformed into a discourse of great permanence and significance, worthy of being housed in any museum.

The Fundación Pedro Barrié de la Maza is a private foundation devoted to promoting the development of Galicia from a global perspective. With headquarters in Spain, all its projects and programs have Galician roots and international outreach. The Fundación is active in the following areas of education, research, culture and social work.
Pedro Barrié de la Maza, Count of Fenosa, created the Fundación in 1966, declaring it his universal heir. Banker, businessman and promoter of outstanding initiatives, he dedicated his life (1888-1971) to work for the economic, social and cultural progress of Galicia, his native land. This motive inspired the mission of the Fundación.
The Fundación Pedro Barrié de la Maza has been presided over since 1971 by the founder's widow, Carmela Arias y Díaz de Rábago, Countess of Fenosa. The Foundation's assets a total of about 1.800 million euros. It is the principal shareholder of Banco Pastor, the top bank of Galicia, with a 40,71% share of its stock. From its creation to the year 2006 the Fundación has devoted to its mission 268 million euros.