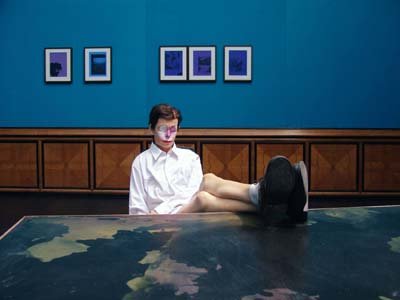 Fractured Figure - Works from the Dakis Joannou Collection is the new Deste Foundation project that reflects, with its concept, scope and synergies, both, the way an increasing number of artists are viewing the human form and the way that very different but equally legitimate realities comprise our experience of the world. The exhibition is curated by Jeffrey Deitch with Massimiliano Gioni as curatorial advisor. Exhibition design by Jeffrey Deitch, Massimiliano Gioni and Dakis Joannou. Nadja Argyropoulou is the project coordinator. A book conceived and designed by Urs Fischer - Cassandra MacLeod accompanies the exhibition. Two other publications are created as part of the exhibition’s project-like character: Christiana Soulou's numbered edition, titled Fractures and Roberto Cuoghi's flip book, titled DOADAKIS.

As, the exhibition's curator, Jeffrey Deitch notes, "if every period in art can be characterized by an approach to figuration that reflects the prevailing sense of the human condition, Fractured Figure represents a sense of cultural dysphoria, a state of dissatisfaction and anxiety, the opposite of euphoria. The new figural form is ruptured and deteriorating. It is fragile, just like real people... A search for truth, after years of being derided as an anachronistic and misguided pursuit in a world where there is no absolute truth, might actually be coming back to art. This truth is a different kind of truth, however. It is fragmented, complicated, and multi-sided, not absolute. … The Fractured Figure bears artistic witness to a fractured world and calls for a renewed embrace of humanity."

Special thanks are due to Maurizio Cattelan for his advice and inspiration. Yorgos Tzirtzilakis, advisor to DESTE and Xenia Kalpaktsoglou, director of DESTE have contributed to the project's realization.