Baltic Centre presents 5 exposition: Square Dreams by Kader Attia; Irrespektive by Kendell Geers; When We Build, Let Us Think That We Build Forever by Anita Zabludowicz collection; About Running by Suky Best; Thanksgiving by Nan Golding. 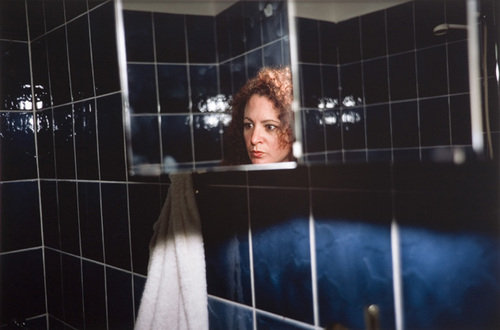 Kader Attia
21 September - 13 January 2008
Square Dreams
BALTIC presents the first showing of new work by current artist in residence Kader Attia. Born in 1970 to an Algerian family in a Paris suburb, Attia has quickly and forcefully imposed himself on the international art scene. His work explores questions of community, diversity, belonging and exile and the tangle of identity conflicts in the age of globalisation. Square Dreams at BALTIC creates an apocalyptic vision of western consumerism.
---

Suky Best
21 September - 14 October 2007
About Running
British artist Suky Best presents her new work as part of the Great North Run Cultural Programme. Inspired by the BUPA Great North Run, her hand drawn animation captures the atmosphere of the event and the participating runners. Using a process called ‘occlusion’, silhouetted figures are made visible only as they pass each other. This emphasises the individual’s singular effort in amongst the crowd.
---

Kendell Geers
21 September - 6 January 2008
Irrespektiv
Baltic presents Kendell Geers first major UK solo exhibition. His work pushes for the limits of accepted moral codes and principles in order to collapse them and start again. Geers questions the psychology of things you cannot control, things beyond the gallery space that art cannot touch, from extreme phenomena to emotional states. Employing a strategy of disruption, using weapons of sexuality, violence and fear, his work is where language and value systems become physical.
---

The Zabludowicz Collection
21 September - 20 January 2008
When We Build, Let Us Think That We Build Forever
Newcastle born Anita Zabludowicz is one of the UK’s most exciting and innovative art collectors. BALTIC presents a selection of work from her extraordinary international collection of emerging and established artists including a new commission by artist Mustafa Hulusi. This is the first of a series of major exhibitions that examine and celebrate the nature of collecting contemporary art in the UK
---

Image: Nan Goldin, Self Portrait in the Blue Bathroom, 1991.