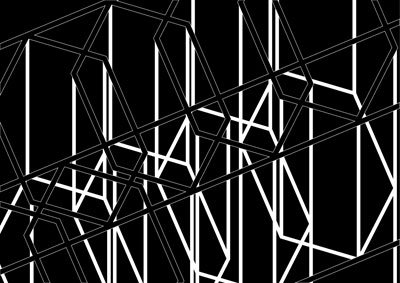 Robert Towne (2006) is Sarah Morris’s sixth film and is a portrait of the renowned Hollywood script-writer, director, producer and actor. A contemporary of Robert Altman, Warren Beatty and Francis Ford Coppola, Robert Towne was awarded an Academy Award for his screenplay for Chinatown in 1974. He also wrote and advised on numerous scripts including Shampoo, Bonnie and Clyde, The Parallax View and The Godfather.

Sarah Morris’s film now turns the spotlight on this script doctor who has previously remained behind the scenes. The lens shifts from a wide view of a city to an intimate portrait. Morris describes him as an ‘elliptical figure’ whose career exemplifies a certain characteristic mode of working in the film industry, marked by collaboration, shared or changing roles. The 35 minute film examines the man whose work couples the dazzling surfaces of modern America’s economic and cultural success, with a dark underbelly of conspiracies and individual power-relations and corporate corruption.

Robert Towne is part of an ongoing series of work by Sarah Morris who has previously portrayed panoramic portraits of American cities. Starting in the mid 1990s the series includes abstract paintings and films. Her films from Las Vegas (AMPM, 1999) and Washington (Capital, 2000), to Miami (2002) and Los Angeles (2004) are psychological portraits of cities. More recently, as part of a Public Art Fund commission, Morris created another work, also titled Robert Towne (2006), which is a painting of intersecting lines and hexagons painted directly onto the ground-level ceiling of the Lever Building in Manhattan, New York. Covering 19,744 square feet, this 1948 skyscraper that is an icon of corporate power – one of the central themes of The Parallax View, scripted by Towne.

Accompanying the London premiere of Robert Towne at the Whitechapel, Sarah Morris is also fly-posting the entrance to the Whitechapel with a Hollywood-style film poster for the film. The poster was conceived by Morris and designed by Paris based design firm M/M.

The film Robert Towne (2006, 35mm transferred to Mac Mini, 34 min 26 sec) is on show in the Whitechapel’s auditorium. The film poster is on display in Angel Alley, the Gallery’s visitor entrance during the 18-month construction phase of its major expansion.

Every Thursday the Whitechapel continues to open late until 9pm with talks and events, live music and poetry, and every Friday evening presents the cream of the latest music talent live in the Whitechapel Café/Bar. The Whitechapel also continues its pioneering Education and Community projects with partners and venues across East London throughout this period.