The Anniversary Exhibition offers a representative overview of the artistic position of the gallery programme of the past 25 years. Over 40 artists have been invited to participate and have created new works especially for this exhibition. Among them: Jonathan Meese, Peter Kogler, Rosemarie Trockel, Bridget Riley, Andreas Schulze. Curated by Andreas Osarek. 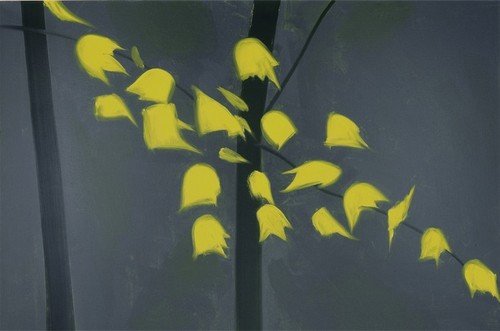 Gallerist Andreas Osarek attaches great importance to close cooperative work with his artists and careful nurturing of newcomers. This way he has managed to establish uncompromising figures on the art market time and again. A philosophy of daring innovation and discovery has shaped the gallery since its inception. In the early 80s, gallery founders Ascan Crone and Mechthild von Dannenberg focussed on two things: on the one hand, being the first European gallerists to show young American art and presenting painters largely unknown at the time, such as Philip Taaffe, Alex Katz and Donald Baechler — artists who today count among the stars of the international art scene. On the other hand, they exhibited the most important representatives of the younger generation of German artists, such as Rosemarie Trockel, Albert Oehlen, Martin Kippenberger and Marcel Odenbach.

Andreas Osarek came to the gallery as an intern in 1987. In 1989 he became a partner. In the 90s the programme was broadly retained and supplemented by artists such as Gilbert & George.

After the death of Ascan Crone in 1998, Andreas Osarek took over the running of the gallery. He relocated from Hamburg to Berlin and vigorously orientated himself to the programmatic basic philosophy of the gallery’s early years. Like Ascan Crone in the 80s before him, Andreas Osarek has been bringing young, up-andcoming artists such as Amelie von Wulffen, Cosima von Bonin, Marc Brandenburg, Peter Stauss and Ena Swansea into the gallery since 2000 and establishing them on the international art market. In addition, he continues to exhibit artists who have been connected to the gallery since its foundation, for instance: Rosemarie Trockel, Hanne
Darboven, Albert Oehlen and Bernd Koberling.