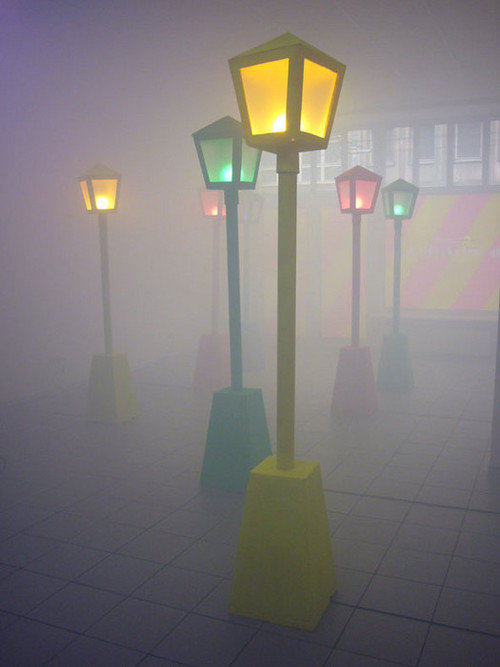 2. Those artists are just as sexy and loud as the conditions and surroundings recommended for one to be in, in order to attract your focus. They refuse to be merely quoting a brief history of art in order to facilitate understanding, referencing or categorizing. These ones are sexy. They are conceptual, though, each of them are a stepping stone into a whole world of thoughtful artistic practice. Seductive, so attention: once you realize the content and idea, you are already caught.

3. At least 2 people in this world love you so much they would die for you. At least 15 people in this world love you in some way. The only reason anyone would ever hate you is because they want to be just like you. A smile from you can bring happiness to anyone, even if they don't like you. Every night, SOMEONE thinks about you before they go to sleep. You mean the world to someone. If not for you, someone may not be living. You are special and unique. Someone that you don't even know exists loves you. When you make the biggest mistake ever, something good comes from it. When you think the world has turned its back on you, take a look: most likely you turned your back on the world. When you think you have no chance of getting what you want, you probably won't get it, but if you believe in yourself, probably, sooner or later, you will get it. Always remember the compliments you received. Forget about the rude remarks. Always tell someone how you feel about them; you will feel much better when they know. If you have a great friend, take the time to let them know that they are great. Add this as a comment to ten of your friends tonight and at midnight your true love will find you. Something good will happen to you at 2:25 tomorrow. Get ready for the biggest shock of your life. Whoever breaks this chain letter will be cursed with 10 relationship problems for the next ten years.... but if you break the chain, you will be cursed...

4. Charles Dickens wrote two different endings for Great Expectations. In the original ending, Pip meets Estella on the streets, who is then remarried to a doctor after the death of her abusive husband Drummle. Estella and Pip exchange brief pleasantries, after which Pip states that while he could not have her in the end, he was at least glad to know that she was a different person now, who somewhat changed from the cold-hearted girl Miss Havisham reared her as. As this ending was much criticized even by some famous fellow authors and his publisher as being too sad for readers, Dickens wrote a second ending currently considered as the definitive one, more hopeful but also more ambiguous than the original, in which Pip and Estella have a spiritual and emotional reconciliation. The second ending echoes strongly the theme of closure found in much of the novel; Pip and Estella's relationship at the end is marked by some sadness and some joy, and although Estella still indicates that she doesn't believe she and Pip will be together, Pip perceives that she will stay with him and that this is just the end of the beginning for them.

5. We apologize as we may deceive you — this is just without alternative like any great expectation is.

Union is pleased to present the first solo show in the UK by internationally acclaimed Berlin-based artist Bernhard Martin.

Known for paintings and large installations that ambitiously pastiche heterogeneous styles and, at times colliding, representational models into idiosyncratic visual forms, the German artist’s practice encompasses many figurative and abstract registers to facilitate an alternative context in which to perceive his vibrant, colourful environments.

According to art historian Mark Gisbourne: “For Bernhard Martin a painting completes an image in the way a collage cannot.” (cat. Painter As Vagrant, Villa Arson, 2004) Martin’s daring approach in experimenting with different techniques impresses for the spontaneity, humour and confidence with which paintings, collages, ceramics and sculptures become a conglomerate of rudely sketched, grotesque images of fantastical portraits and scenes. Although revisiting precursors as Rembrandt, Picasso, Picabia, Warhol and Richter as well as art historical movements like German Pop, Surrealism, Cubism and Pointillisme, Martin equally explores contemporary graphics through the fields of cartooning, computer technology, illustrations from medical and children school books.

Since the beginnings of his career, the artist has gone beyond the mere play with such sources, desiring to preserve a witty anti-quotational stance in order to direct the viewer’s attention onto his own distinctive, formal eclecticism. Caricatured button eyes made with wax or potato prints, smudged mouths intermingled with Plexiglas panels giving the illusion of multi-planar compositions as in Cubism’s research for disrupted planes, have become iconic examples of his non-linear mark making methods, where enthusiasm is at the core of his whole practice.

The works in this exhibition demonstrate Martin’s freedom in the way his forms and subject matter search for the meaning of painting, a quest similar to that for heaven that, despite it can never be found, won’t ever cease. All themes, which include a very large bronze and glass sculpture of a lying figure dominating the gallery space, refer to such a challenge, unravelled in stages as in the epic of the Seven Deadly Sins of Dante Alighieri’s The Divine Comedy. Surreal, psychedelic, Goth or kitsch, Martin’s works investigate “the clash between worlds, islands, chambers of marvels, biotopes, contrasts. In other words, everyday life.” (B.M.) His shameless violation of genres making use of black and chalky pastels, surfaces eliminating dimensions and contradicting the symbiotic relation between foregrounds and backgrounds, point at the visual infrastructure of an artist who, courageously misquoting Robert Musil’s celebrated novel for titling one of his paintings, is cynically able to create a “Bild ohne Eigenschaften” (work without qualities).