Kendell Geers uses Andrade's Manifesto Antropofago and takes cannibalism as a symbolic practice, a metaphor for violent acts that occur in societies, risen from excess of power, domination and economic exploitation. Damian Moppett, in Studio La Nuit, presents a group of new works that includes new peintures and two sculptures. 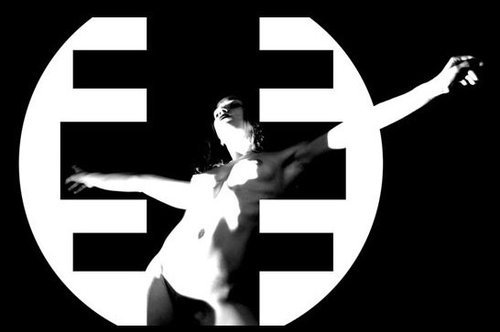 Yvon Lambert is proud to announce Kannibale, Kendell Geers’ first solo exhibition at the gallery from October 18 to December 8, 2007. In 1928, the Brazilian poet Oswald de Andrade (1890–1954) announced his “Manifesto Antropófago”: “Only Cannibalism unites us. Socially. Economically. Philosophically”. In this Cannibal Manifesto, Cannibalism is a powerful metaphor for the cultural incorporation of the values of “what’s not mine”, what’s stranger to me; as well as a radical vision for extremes of violence.

Kendell Geers uses Andrade’s “Manifesto Antropófago” and takes cannibalism as a symbolic practice, a metaphor for violent acts that occur in societies, risen from excess of power, domination (especially colonialism and class structure), economic exploitation, emotional impulses and traumas. This cannibalism makes no attempt to strive towards a reduction of tensions. However, its instinct focuses on what is positive; the creative flows, life drives, eroticism and cultural exchange.

Geers consistently explores the collapse of belief systems and ideologies, using all possible media. This exhibition will feature for instance razormesh phallic towers, symbols of the Cannibalist Architecture. "Razormesh" is a razor blade security fence now exported globally to the prisons in Guantanamo Bay, Iraq or Palestine. This particular fencing featured in Geers sculptures was developed in South Africa during Apartheid. It is highly symbolic in the sense that it is different from barbed wire, in his words "barbed wire is for cattle but razormesh is for humans and is the universal symbol of the twenty first century".

A replica of the “Nike of Samothrace” will preside over the show just as the one in Samothrace. The original sculpture has been in the Louvre since 1884, cannibalized by another society. The following self-description of Kendell Geers outlines his artistic agenda: “I am a white African living in a moment when people armed with razor blades can crash into the world’s most powerful buildings, a time when 15-million people in South Africa have AIDS, a time when the United States can declare war on Iraq for no reason other than fulfilling its own desire, a time when the pollution from the United States cause floods in Europe and droughts in Australia. I am living in a time of contradiction where Contradiction, Truth, Desire, Passion and Anarchist are nothing more than the names of perfumes. I live in an age of digital reproduction where truth no longer exists in an image, where every image can be altered and changed and anybody can be erased from or inserted into history.”

A project by Geers is an attack. It is instinctual, direct and matches the brutality encountered in contemporary society. He proposes to the viewer an interrogation and asks for a definition of positions, thus creating a decisive discomfort. The real question that Kendell Geers asks to the visitor is "what do you believe in?".