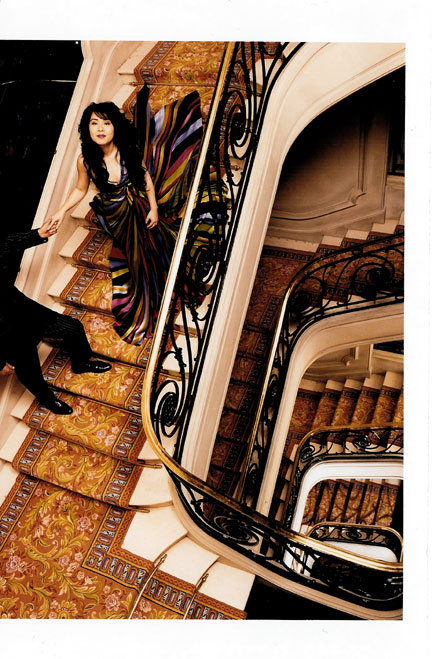 Some call her a chameleon. Nikki S. Lee accepts this cliché. She sees it as part of her personality to be constantly reinventing herself. In her photo series Projects the Korean-born artist, who has lived in New York since 1994, immersed herself into different societal communities. After weeks of research into and observation on a community she then transformed into a different Nikki S. Lee. Like an actress she took on or abandoned a role, restyled her hair the way the members of that community do, shopped where they generally shop, spent her time on park benches, in gyms, in their bars or learned to skateboard so that she could be photographed with her peers as a punk, yuppie, Latina, hip hopster or lesbian.

The resulting photos look like pictures out of family albums. It is not the visual reservoir of art or film history that stands in the foreground, nor is it the sensation-seeking perspective of a voyeur between the bedroom and the bathroom, but quite simply everyday life. With her unerring scrutiny of details, gestures, and facial expressions, Lee constructs snapshots that leave nothing to chance. Their ingenuity lies in the perfect mimicry of the banal. It is the very understatement that accounts for the appeal of this precision photography. "I'm interested in how people's identities are changed by relationships." Every environment, she says, reinforces certain aspects and suppresses others.

More recently, Lee consciously isolates herself in her photos from her environment. In her series Parts, she is evidently accompanied by a man of whom we only get to see an arm or part of his back. At his side she poses in different female roles.

Her most recent film, a.k.a. Nikki S. Lee, is a mockumentary, with the camera accompanying Lee during the shooting of a documentary on herself -- a double-loop, so to speak. Humorous but aloof, intelligent but amusing, she thus holds the audience in suspense, so that right until the end it remains unclear whether the shy concept artist with the impressive library and the outrageous Jetset girl from the art collectors' society are not merely another hoax.

Nikki S. Lee was born in South Korea in 1970 and has been living in New York since 1994. The exhibition at the GAK is her first solo exhibition at a European institution.