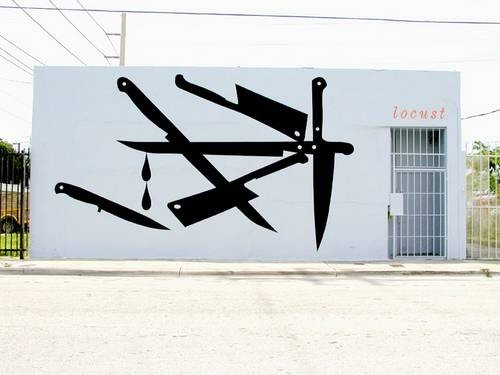 The State Hermitage Museum announces an exhibition of new American art from the Saatchi Gallery, London, "USA Today", which will launch its 'Hermitage 20/21' project in October 2007. 'Hermitage 20/21' is an ambitious scheme to extend the museum's display of 20th century Western art and put high profile contemporary work on view in the Hermitage. The Museum already owns some great masterpieces of the 20th century - Matisse, Picasso, Kandinsky, Malevich - but the collection has very little created after 1917. 'Hermitage 20/21' aims to fill this gap and make the museum a leading force in the integration of Russia into the international contemporary art scene.

"USA Today" is a natural first for the program, showcasing an exciting new wave of American talent from the Saatchi Gallery collection. The Saatchi Gallery is one of the leading contemporary art galleries in the world. During the past two decades its pioneering exhibitions have showcased work by over 150 artists and have provided a springboard to launch the careers of many artists including Damien Hirst, Tracey Emin, Jenny Saville and Jake and Dinos Chapman of the now well known YBA or Young British Art Movement.

The show brings to St. Petersburg the vision, outrageous humour and alienation of artists maturing in George Bush's America. The 58 works by 21 artists were created over the last three years or so by a generation, mostly in their thirties, living under the shadow of 9/11. Eight of the 21 were born elsewhere, in locations ranging from Beijing, Paris and Nairobi (Kenya) to Lubin (Poland), again a reflection of the new America. Adam Cvijanovic (born Massachusetts) presents 'Love Poem (10 minutes after the end of gravity)', a hyper-realist rendition of suburban America thrown into artful confusion and wrapped around an entire room; Terence Koh (born Beijing) creates a magical chandelier from "paint, lollipops, vegetable matter, human and horse hair, mineral oil, rope from a ship found after midnight, glass shards, stones and artist's blood and shit". Kristin Baker (born Connecticut), the daughter of a racing driver, converts the speed and danger of her father's profession into canvases that explode with colour in a manner reminiscent of Kandinsky.

"USA Today" was first shown at the Royal Academy of Art in London in November 2006. Norman Rosenthal, Exhibition Secretary of the RA and advisor to the "Hermitage 20/21" project, writes: "In this selection of the work of young artists, each confronts not only their own existential questions, but also global poverty and inequality and population migrations, not to mention the gigantic environmental problems that confront the USA and the world as a whole." A new selection was made for the Hermitage show by Charles Saatchi, Norman Rosenthal and Dimitri Ozerkov. New works were added to the RA version of the show.

Charles Saatchi comments: "I am a Hermitage groupie - one of the Museum's greatest admirers. It is a pleasure for me to be able to provide the opening show for a project which, I know, will gather momentum in introducing contemporary art to a Russian audience."

The exhibition will be shown in the recently renovated second and third floor galleries of the General Staff Building, the new wing of the museum which faces the Winter Palace across Palace Square. This magnificent Neo-Classical building, completed in 1829, originally housed the imperial Ministries of Finance and Foreign Affairs. Allocated by the Soviet government to the Hermitage in the 1980s, it is now in the process of restoration scheduled for completion in 2014. The museum's collections of 19th, 20th and 21st century art will be displayed there with a new, purpose built, gallery space for contemporary art.

Dimitri Ozerkov, the newly appointed Curator of Contemporary Art, has worked closely with the Saatchi Gallery in order to bring the show to St. Petersburg. "We are very grateful to Mr. Saatchi and his staff for the opportunity to create this challenging exhibition. It is a wonderful launch for our "Hermitage 20/21" program. Our aim is to make art accessible to all, closer to ordinary people, a wholly pleasurable experience - in other words to attract a new generation of art lovers into the museum."

The architect of the new initiative is Professor Mikhail Piotrovsky, Director of The State Hermitage Museum. "The Hermitage is one of a handful of universal museums whose encyclopaedic collections cover the whole range of cultural expression, across the world and over time", comments Prof. Piotrovsky. "The 20th century is now over and it is time for us to present its art in the same historical context that we already present the art of previous centuries. And, if the museum is to live, we must also present new art as it is created - the best that we can find world wide."

The exhibition "USA Today" is organised with the kind support of the Coca-Cola Company (CIS) and sponsored by Bank UBS and Ilim Group.