The Theater of War. The exhibition examines the philosophical terrain of war. Featuring images and sounds related to war and the impact war has on the human mind, the exhibition is more than a simple illustration of war. Instead it describes war as a universal idea of human antagonism, a set of languages and iconographies embedded in our everyday lives and broader social consciousness. An attack curated by Jennifer Allora, Guillermo Calzadilla, and Jens Hoffmann. With artifacts, records, films, artworks, and reproductions documenting, remembering, and presenting wars both historical and contemporary. 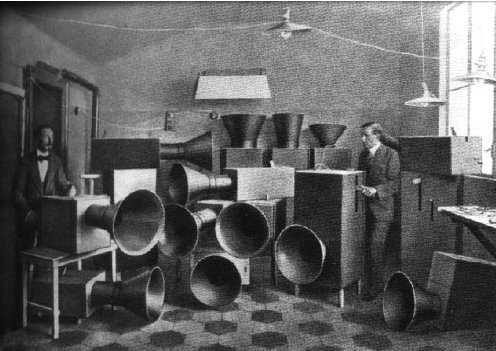 With artifacts, records, films, artworks, and reproductions documenting, remembering, and presenting wars both historical and contemporary

Apocalypse Now: The Theater of War examines the philosophical terrain of war. Featuring images and sounds related to war and the impact war has on the human mind, the exhibition is more than a simple illustration of war. Instead it describes war as a universal idea of human antagonism, a set of languages and iconographies embedded in our everyday lives and broader social consciousness. Beyond an actual, specific conflict, it confronts its audience with the unpalatable side of humanity, the scenes and situations that resist engagement.

Apocalypse Now includes works by artists both historical and contemporary as well as a diverse range of cultural artifacts. Many of the pieces are deliberately conceived to block, resist, and repel the visitor, utilizing strategies of disruption, violence, and shock to function almost as weapons of attack. In addressing the connection between art and war, the exhibition looks at the aestheticization of horror, art that glorifies war versus art of protest, and the historical uses and abuses of imagery.

The show also rejects the ordinary "rules of engagement" of exhibition making in which the audience is seduced by the artworks and gently guided through the galleries. Instead, the gallery environment is inspired by bunker architecture and camouflage. The works are installed so that they wage war not only on the visitor, but also on one another. Struggle, conflict, and resistance are built into each element of the exhibition to test the audience’s visual and personal boundaries.

Apocalypse Now takes its inspiration from the central position San Francisco and the Bay Area have occupied in the history of the American antiwar movement, particularly during the 1960s and 1970s, and it is intended as a revival of that pacifist tradition. It takes its title from Francis Ford Coppola’s antiwar epic of the same name and references numerous aspects of the film, including its overarching framework as a journey through some of the horrors, brutalities, and irrationalities of war. Also like the film it aims to create an assault on the audience, and through that attack to elicit a powerful reaction to war's monstrosity.

About Jennifer Allora and Guillermo Calzadilla
The politically engaged contemporary artists Jennifer Allora and Guillermo Calzadilla have worked together since 1995. They offer disarmingly playful critiques of politically, culturally, and economically invested sites, revealing the effects of globalization on a local and personal level. They produce sculpture, photography, installations, and participatory pieces, and they frequently incorporate diverse groups and interests into their projects. In Minneapolis, for instance, they organized a free-radio project with a group of teenagers in response to the media-saturated 2004 presidential election. And in Chalk (1998–2002), a series of works presented in different cities, they gave oversize pieces of chalk to passersby to inscribe their thoughts on nearby sidewalks and streets (producing an incendiary effect in Lima, and a satirical one at a Democratic convention in Boston).

Allora was born in 1974 in Philadelphia, and Calzadilla was born in 1971 in Havana. They currently live in San Juan, Puerto Rico. They have exhibited widely, with recent solo presentations at the Stedelijk Museum voor Actuele Kunst, Ghent (2006), Palais de Tokyo, Paris (2006), the Dallas Museum of Art (2006), and the Institute of Contemporary Art, Boston (2004). Their works have been included in the Whitney Biennial, New York (2006), the Busan Biennial, Korea (2006), the First Moscow Biennial of Contemporary Art (2006), and the 51st Venice Biennale (2005). In 2005 Allora and Calzadilla were shortlisted for the Guggenheim Museum's Hugo Boss Prize.

Lead sponsorship for Apocalypse Now: The Theater of War is provided by the American
Center Foundation.

Dedicated to the memory of Ernst Friedrich