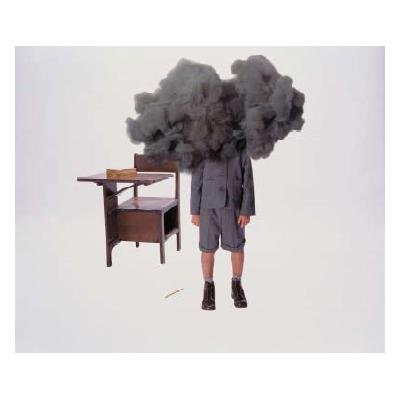 Eli Klein Fine Art presents a major gallery exhibition of important contemporary Canadian art. This show includes a selection of some of the most prominent Canadian artists such as Cathy Daley, Marcel Dzama, Tony Scherman and Max Streicher--several of whom will be showing in New York for the first time--in addition to the work of emerging artists who are beginning to gain recognition such as Talia Shipman, Elena Willis and Christopher Ross. Reflecting Canada itself, the artists present a multiplicity of aesthetics and perspectives and present painting, sculpture, photography and drawing. This exhibition is titled Captive Visions. Captive is defined as held in bondage, enslaved and also as enraptured, as by beauty; captivated. Ideas are unleashed from captivity, and beauty is revealed; Canadian art is discovered.

Elena Willis Christopher Ross Cathy Daley Sophie DeFrancesca Canada is a mosaic, a result of many different cultures, two national languages and increasing levels of immigration. In a state of constant flux, exactly what constitutes Canadian identity often becomes a contentious issue. Canadian culture is influenced strongly by the United States, yet maintains its own distinct set of values. Although there may be disagreements as to how much in common there is between the two countries, there most certainly is something that can be deemed uniquely Canadian. However, many Canadians tend to identify more closely with their local community or region than with a wider national culture.

Canadian art often reflects this dispersion by looking at what bonds people beyond national identity, beyond distance. Tony Scherman and Tom Hopkins, two of the most prominent Canadian painters, refer back to traditional ideas in art history as well as important historical moments. Scherman uses encaustic to create thick, lush paintings that reference history with poignant imagery. Hopkins, influenced by the great masters of the Italian renaissance and a classic approach to painting, creates beautiful layered canvases that tell timeless stories. Christopher Ross, a younger artist, has roots in graffiti art, a particularly important component of Montreal’s urban landscape. His style references graffiti, but by combining aerosol with watercolor, he has developed a unique medium to create imagery that blends human, animal and fantasy to create landscapes that are at once surreal and familiar, playful and elegant. Cathy Daley and Sophie DeFrancesca’s art playfully acknowledges the seduction and glamour of the perpetual fantasy played out in cultural imagery while slyly questioning the notion of woman as a spectacle.

Sophie DeFrancesca creates wire mesh sculptures which, while immediately enticing, are also a literal cage for the plastic body propagated by the media. Cathy Daley makes velvety drawings with pastel that are constructed with nostalgia for the vintage Hollywood icon while presenting a post-feminist critique. Theresa Sapergia presents large scale drawings populated with women, wolves, and sentinels exploring sexuality, identity and representation that hover between pagan mythology and fantasy. Her drawings are naïve and beautiful, yet explicit, racy and deviant. The women she depicts are representations of herself, illustrating “that moment of recognition when we are faced with the mysterious,” according to Sapergia. Marcel Dzama explores a similar imaginary world with a denser population of animals, sex and violence.

According to Dzama, “It’s almost like the thoughts that come into your head as you start to fall asleep. It’s like the start of a dream, but then you wake up suddenly... It has that feel.” Elena Willis delves directly into the dream world. Her sources are historical dreams, her own dreams as well as those of friends and colleagues. She physically builds scenes from dreams and then photographs them, rather than constructing anything artificially in Photoshop; a strong sense of reality is created. The photographs question the boundary between reality and dreams and leave the viewer with the eerie sensation that the
border is liquid.

Talia Shipman uses what could be dream imagery to depict reality. In her latest series, Exodus, Shipman creates a contemporary interpretation of the ten plagues. Blood becomes oil, beasts become gun proliferation, boils become AIDS and hail becomes urban sprawl. Her original technique texturizes black and white photography with resin that drips over its surface producing resonating imagery that captures the most poignant issues of our time.

Olena Kassian uses powdered graphite on mylar, a medium which allows her to explore the depths and gradients of movement and stillness. Kassian explores human nature through illustrating bodies in transition. Her figures are often naked and vulnerable, veiled with transluscent fabric with which they seem to be battling for freedom or rebirth. There is a quality of balance in her drawings that finds a centre between beauty and darkness, birth and death.

Max Streicher creates inflatable sculptures animated by industrial fans. Some of the most interesting sculptures depict two figures that actually feed air into each other through tubes creating a symbiotic relationship mirroring life and breath. According to Streicher, “These works are as much about deflation as inflation; as much about absence, shrinking and vulnerability as they are about the robust occupation of space.”