Voices from the id. This extensive solo exhibition will include Isaacs? recent sculptural works "Is more than this more than this", "Clever Kid" and "Voices from the id", along with 20 recent photographic works. Aeroplastics will also be exhibiting a video screening of "The Turning Point", Isaac?s documentary film recording the incredible experiment he produced in 1999/2000. 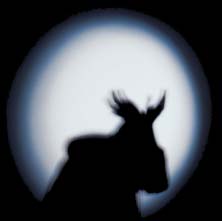 AEROPLASTICS is pleased to present "Voices from the id", the first Belgian exhibition of recent works by the Young British Artist John Isaacs. This extensive solo exhibition will include Isaacs? recent sculptural works "Is more than this more than this", "Clever Kid" and "Voices from the id", along with 20 recent photographic works. AEROPLASTICS will also be exhibiting a video screening of "The Turning Point", Isaac?s documentary film recording the incredible experiment he produced in 1999/2000. The experiment was designed to determine the effects of the new millennium on the animal kingdom, by observing the change in behaviour of Fiddler crabs found in the mangrove swamps of Trinidad. The gallery will also house works on loan to present an overview and developmental context for the introduction of this ecclectic artist.

Five months in production, "Is more than this more than this" represents a return to the absurd figuration first seen in Isaacs? 1996 exhibition at the Saatchi gallery in London, combined with the viscerally grotesque themes explored in later anatomical works. In this way Isaacs presents a figure as both micro- and macro- cosm, an individual viewed from a fused societal and individual perspective. A contemporary vision of the classical figure of Atlas who no longer carries the Globe on his shoulders, but incorporates it into his being, so as to both support and inhabit it simultaneously.

John Isaacs was born in the UK but spent his childhood in Africa, Europe and America, something which has profoundly affected his world view and fuelled his discomfort at what he perceives as an intellectual fundamentalism. In a world dominated by ego, both cultural and individual, Isaacs selfconsciously questions the institutions set in place to bolster this historically perpetuated perspective, while at the same time recognising the absurdity of his desire to have yet another voice included in the momentum of the debate. Though his work often utilises a cutting black humour, it never breaks from the aesthetic spectacle necessary to seduce the viewer. In this way his work cuts through preconceptions, leaving the spectator in no doubt that they are viewing something not only of recogniseable, but of interest. Shying away from a politicised polemic " if there is a point to be made, it is beaten to a pulp in the works production and concealed behind a cubistic inclusionary mental agility " Isaacs prefers instead to lead us through familiar territory to a place of which we may have lost sight. For Isaacs art doesn?t exist as the starting point of a dialectically progressive discourse but as "the threadbare scrap of evidence upon which to hang the argument for an emotional continuity from cave to capital."