An Investigation between Inner and Outer Space. An exhibition that presents a range of works, by 23 international artists, that reference either the immediate space that surrounds or serves the artists' actions. These particular spaces allow for an examination of how various spatial orders are constructed along a shifting scale from intimate (body), to private (home), to interpersonal (social), to material/institutional (economic, political, cultural) - all based on an interdependent notion of the self. 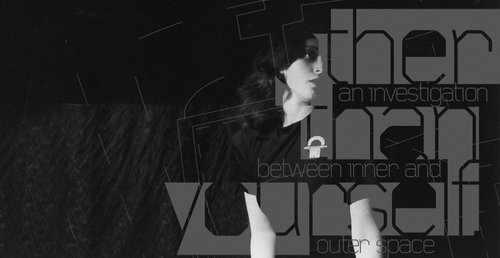 Other than Yourself-An Investigation between Inner and Outer Space presents a range of works, mostly drawn from the Thyssen-Bornemisza Art Contemporary collection, that reference either the immediate space that surrounds or serves the artists’ actions and experimentation or the space that unfolds through the artwork itself. These particular spaces allow for an examination of how various spatial orders are constructed along a shifting scale from intimate (body), to private (home), to interpersonal (social), to material/institutional (economic, political, cultural) - all based on an interdependent notion of the self.

The personal space provides us with a location in the world, by marking a barrier that distinguishes and can protect the individual from the outside world. Privacy can represent a disengagement from others, a nonrelatedness, but also rests upon the paradox that this space is provided by the recognition of others (audience, viewer). It is part of a person’s repertoire of communicative measures that have the potential of expressing and protecting an individual’s personal boundaries.

It marks a flexible potential space that allows for the creation of shared realities-that belong neither to the self nor to the other. Space in this context is understood as practice.

Other than Yourself-An Investigation between Inner and Outer Space introduces and juxtaposes diverse ways of using, unfolding or dealing with privacy/intimacy by contextualizing and addressing parameters such as specific times, sites, events and topics, thereby retracing an open and fragmented history of the private/intimate and its multilayered shifts in recent artistic practice.

With this exhibition Thyssen-Bornemisza Art Contemporary is setting forth its investigations introduced in earlier projects Küba: Journey Against the Current (2006) and Shooting Back (2007), continuing the foundations approach towards a more direct engagement with socio-political issues, exploring diversely coded cultural identities by the means and multiple expressions art allows for. While continuously expanding its collection since 2002, the foundation also enlarged its sphere of reach, strengthening a sense of responsibility through constant self-reflection and the exploration of curatorial practice.

Amar Kanwar’s The Lightning Testimonies, co-commissioned by Thyssen-Bornemisza Art Contemporary and presented at Documenta 12, will be installed in the foundation’s project gallery in the courtyard. In the 8-channel video installation the gendered (private) space of violence becomes a space of public appearance (Hannah Arendt), as a group of women disrobe in an act of public protest and lastingly alter the symbolic realm of social representation. Kanwar illustrates a process leading from embodiment of traditional roles and assigned scripts as wives, mothers, and victims to the emergence of transformative subjects in spite of the threat posed by their action.

Thyssen-Bornemisza Art Contemporary and sponsorship:
The partnership of Wiener Städtische Versicherung AG Vienna Insurance Group with
Thyssen-Bornemisza Art Contemporary was initiated in 2005. The Vienna Insurance Group is the leading Austrian insurance group in Central and Eastern Europe, supporting numerous projects in the fields of art and culture that encourage the cultural understanding over nations’ boundaries.