If the works of art in this exhibition are to be considered as icons, it is certainly not in any strict stylistic sense, but rather in their shared faith in the material authority of painting and its apotropaic powers - to avert evil, to heal, to bring to the eyes otherwise inexpressible underlying realities. Curated by Hugh Mendes. 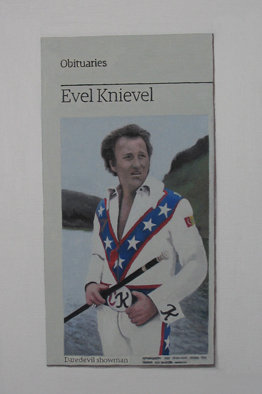 The art of western Europe has consistently achieved extraordinary heights of decorative and psychological complexity in its ever-changing relations to the natural world. By contrast the art of the eastern Mediterranean has equally consistently turned its attention to the metaphysical and the eternal, expressed though invariant conventions whose rules are explored with endless nuance and sophistication.

At the heart of this eastern vision of art lies the icon, an image invested with something of the same spiritual properties of the sacred subject it represents. An icon is also thus itself an object of reverence, as well as a vehicle for prayerful contemplation. In this sense icons embody everything that early-modern Protestant reformers most feared and hated about art in the accusatory name of 'superstition'. For them art was to be strictly confined to a secondary role as illustrator of The Word, an injunction which to this day still widely limits attitudes to art in Britain.

If the works of art in this exhibition are to be considered as icons, it is certainly not in any strict stylistic sense, but rather in their shared faith in the material authority of painting and its apotropaic powers - to avert evil, to heal, to bring to the eyes otherwise inexpressible underlying realities. Trivialised as metaphor in a secular age, those defined today as icons embody vital abstract values for which the most readily and widely accessible symbolic vocabulary is that of celebrity culture. For almost two millennia the gods and goddesses of Antiquity alongside the lives of the Saints and Biblical tales spoke of the vast range of human strengths and weaknesses. Increasingly eclipsed by the forces of secularisation, other figures now step forward to carry their allegorical load, from Marilyn to Myra, from Diana to Saddam.

The artists in this exhibition occupy a fertile hinterland between these two over-lapping registers of the iconic, from the living traditions of art and mysticism to modern media demonology, as reflected on the one hand in Robin Mason's active engagement with Grunewald's Isenheim Altarpiece, and on the other in Hugh Mendes' remarkable Obituary paintings.These painters share a refreshing contemporary faith in drawing and painting, at home in a newly recovered early twenty-first century sense of being 'at home' within the great historical sweep of European art, most obvious here perhaps in John Stark's rapturous celebration of the contemporary relevance of Ruisdael and Poussin. From Leipzig to London we find today the same recovery of historical memory, and a confident sense amongst young artists of firmly belonging within the grand historical narrative of Painting.

As the great Russian film director Andrey Tarkovsky once asked, very much against the grain of fashionable late twentieth-century dogmatism: 'how can anyone be more advanced in art? How could Thomas Mann be said to be better than Shakespeare?'No longer derided as ‘old-fashioned', such faith in the potential timelessness of art seems to me one rare optimistic note in this harrowing moment of endless emergency.
Simon Watney, March 2008

In association with CHARLIE SMITH london