The Making of Americans. Her work ranges from damaged negatives from early 20th century news stories, personal photographs posted on 'Flicker' by soldiers serving in Iraq through to the constellation of the day and location of famous historical media stories. 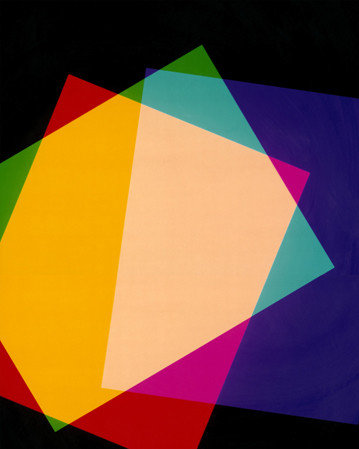 Lisa Oppenheim’s work constitutes an archaeology of visual culture. She brings the hidden, under-appreciated and repressed into view, and in the process reveals an ordering of things that goes beyond our commonplace responses. Her work ranges from damaged negatives from early 20th century news stories, personal photographs posted on ‘Flicker’ by soldiers serving in Iraq through to the constellation of the day and location of famous historical media stories.

Her show at STORE, titled ‘The Making of Americans’, nods towards Gertrude Stein’s novel of the same name. In the opening paragraph, Stein writes: ‘Sometime there will be an ordered history of everyone.’ This notion, although somewhat conspiracy laden, points towards Lisa’s interest in pulling apart and reconstructing visual languages to understand how aspects of visual cultures and histories are produced.

With this in mind, the exhibition is divided into three parts, each providing a visual representation of something distinctly American. In ‘Killed Negatives, After Walker Evans’ (2007), Oppenheim uses Walker Evans’ unpublished photographs from 1938 found in the National Library of Congress. Evans was commissioned by the Farm Security Administration to document depression era rural America. These negatives are ‘killed’ because they had holes punched through them to prevent publication. Oppenheim printed them and conceptualises the holes as a space of potential contemporary interpretation.

In a second series of works, ‘Multicultural Crayon Displacements’ (2007-8), Oppenheim visually deconstructs a set of colours produced by Crayola termed ‘Crayola Multicultural Crayons’. Crayola’s ‘Flesh’ colour was re-named ‘Peach’ in 1963 in response to the Civil Rights Movement, and similarly ‘Indian Red’ was changed to ‘Chestnut’ in 1999. This photographic series playfully underlines the way the notion of ‘colour’ is culturally constructed – both through the physical process of early colour photography and through the almost invisible social shifts that shape the consumer’s view of the world.

The final work is a 16mm film of what looks like the moon disintegrating into abstraction. Oppenheim repeatedly photocopied an image of the moon taken from the earth at the time of the first Apollo landing. With each photocopy the image becomes ever more degraded. She then filmed each image in series and we see the eventual dissolution of an image that always signifies both more and less than on first sight, a move that is essential to Oppenheim’s working strategy. As the artist herself notes. ‘My interests lie in the tell tale expressions of contemporary life which are often overlooked...not from the moment itself, but rather the gestures and remainders of the forgotten.’